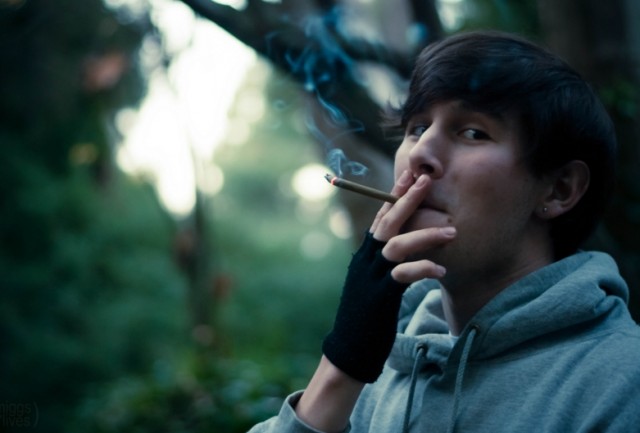 (BigGovernment.news) Smoking marijuana may not be for you and that’s okay, but a growing number of Americans think that the law should be changed to make it legal in all 50 states and all U.S. territories.

A majority, in fact, according to a new survey. The Washington Times reports:

A majority of U.S. voters support legalizing marijuana in general, and nearly nine in 10 say VA doctors should be able to prescribe it in pill form to veterans suffering post-traumatic stress disorder, according to polling released Monday.

Fifty-four percent said marijuana should be made legal in the United States, compared to 41 percent who said it should not be, according to the Quinnipiac poll.

More than 60 percent of Democrats and independents favor legalization, while 62 percent of Republicans are opposed.

Six in 10 men favor legalization, while women favor it by a narrower 48 percent to 46 percent margin.

“The fact that a majority of American voters favors legalizing marijuana in general shows how attitudes about the drug have changed,” said Tim Malloy, assistant director of the Quinnipiac University Poll.

To be sure, legalization entails some risk because there is still so much that is not known about long-term marijuana use, like how much pot is too much, how police are supposed to measure when a driver has smoked too much (currently there is no pot breathalizer like there is for alcohol), how to regulate sales, whether to allow it in public; issues of second-hand pot smoke around minors and children; and so forth.

But clearly pot’s time has come; the people want it, and many of them likely include people who have no intention of lighting up but are cool with others doing so if that’s what they choose. What’s more, this sea change in attitudes about marijuana come at an opportune time: Sales of cigarettes continue to decline, and with them, sales tax revenue. Taxation on marijuana will go along way towards replenishing those lost revenues.

However, Congress has been sleepwalking through all of this. There isn’t any major legislation pending that would change federal law and allow pot to be sold in any state that chose to allow it (which won’t be all states, but states should be deciding such issues anyway). If there is one bill that Obama would sign, this one is it.

Speaking of our president, he is the one responsible for so much confusion over the issue because he has thus far refused to enforce current federal law that forbids the sale and use of marijuana for anything other than medicinal purposes. As such, two states – Washington and Colorado – have “legalized” it on their own, with more states set to do so in November.

We can’t have competing laws on this or any other issue. And since the Constitution’s “supremacy clause” recognizes federal law over state laws, something has to be done on the federal level.

That means Congress and the president will have to act in order to fix this conflict.

Now is the time. The public wants it, which lets Congress off the hook, and Obama would probably sign it.

Why not get it done?

BigGovernment.news is part of the USA Features Media network. Check out ALL our daily headlines here.