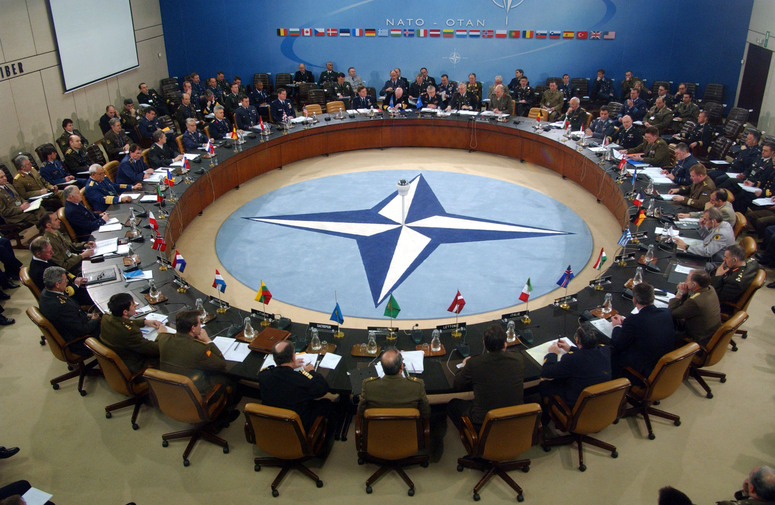 (NationalSecurity.news) When presumptive Republican presidential nominee Donald J. Trump said that NATO is “obsolete” and that member countries might even be “ripping off” its chief benefactor, the United States, many in the foreign policy and national defense realms cringed. But the candidate touched off a conversation about a Cold War-era security alliance that has endured long after any legitimate threats to its member nations, and indeed, many think that he is right – even those who oppose him, politically.

In recent days The New York Times published a piece that not only questioned the relevance of NATO but its ability to even remain viable. And interestingly enough, many of the problems highlighted by the Times are some of the same ones Trump has alluded to before – that member nations aren’t willing to make the financial and military commitments to the alliance that are required to ensure it remains a deterrent:

Six weeks before a critical summit meeting aimed at bolstering NATO’s deterrence against a resurgent Russia, the alliance is facing a long list of challenges. The first is to find a country to lead the last of four military units to be deployed in Poland and the three Baltic nations.

But that, analysts say, could be the least of its problems.

Security concerns are as high now as they have been since the end of the Cold War. As the immigration crisis has strained relations within the Continent, anxieties have been heightened by Russian military offensives in Crimea and eastern Ukraine, and a bombing campaign in Syria that has demonstrated Moscow’s rapidly increasing capabilities. Lately, Russia has talked openly about the utility of tactical nuclear weapons.

Despite the growing threats, many European countries still resist strong measures to strengthen NATO. Many remain reluctant to increase military spending, despite past pledges. Some, like Italy, are cutting back. France is reverting to its traditional skepticism toward the alliance, which it sees as an instrument of American policy and an infringement on its sovereignty.

The Times report doesn’t get any better from there. It goes on to describe problems that seem insurmountable, if for no other reason than because too few member nations are willing or even able to commit resources to the effort. When you can’t get a member nation to step up and lead a single battalion of soldiers aimed not at merely serving as a tripwire but a substantial force capable of doing real damage to an invader (presumably Russia), then obviously something is wrong.

So, the question then becomes, is someone who is poised to become the next president of the United States right in his critique of a legacy security alliance?

“I think NATO is obsolete,” Trump told ABC News in March. “NATO was done at a time you had the Soviet Union, which was obviously larger — much larger than Russia is today.”

Trump first called into question NATO’s value during a interview with The Washington Post‘s editorial board a day before the recent terrorist attacks in Brussels, saying NATO “as a concept is good, but it is not as good as it was when it first evolved.”

“I’m not even knocking it, I’m just saying I don’t think it’s fair, we’re not treated fair,” he said, as reported by The Hill.

As for the United States, the Pentagon has defended NATO following Trump’s comments earlier this spring.

“NATO is far from obsolete. We think NATO is as relevant as ever right now in the current environment,” said Pentagon press secretary Peter Cook.

But the Pentagon seems to be in the minority. In a piece that was largely critical of Trump, the UK’s Independent nevertheless noted:

Trump’s description of NATO – the hallowed North Atlantic alliance – as “obsolete” is a case in point. His terseness may have shocked, but he is right.

So are his reasons. As currently constituted, he says, NATO is ill-suited to combating international terrorism, which is for him the world’s “single biggest threat.” He especially objects to the US footing so much of the bill, saying that other allies should “pay up or get out,” and refuses to see the US as the “world’s policeman.” As he told a town hall meeting in Wisconsin: “Maybe NATO will dissolve and that’s OK, not the worst thing in the world.”

Seen from the perspective of 2016, the North Atlantic Treaty Organization is not only “obsolete,” but has been so in spirit since 1989, when the Berlin Wall fell, and in fact since the end of 1991, when the Soviet Union collapsed.

Also, from USA Today, which is no fan of Trump:

At this point, NATO no longer has a clearly defined contemporary purpose and, if anything, it has been the source of increasing international friction. Moreover, and most important, it is incapable of dealing with the threats of the 21st century, especially terrorism. Collective defensive treaties are meant to ensure the safety of states against other states. They don’t provide an especially effective framework for confronting non-state threats such as al-Qaeda and the Islamic State, which don’t amass armies on a nation’s borders but strike at them from within using guerrilla tactics.

Even the bastion of left-leaning internationalism, Foreign Policy, has acknowledged that the criticism of the alliance is valid:

But some of the same experts concede Trump’s comments on NATO may not be as irrational as they first sound. The real estate magnate who once said he gets his national security advice “from the shows” has also keyed into longtime criticisms of the alliance: that it is too slow to evolve to emerging threats, and the U.S. carries too much of the weight financially and militarily.

Former Secretary of Defense Robert Gates, not one to hedge, openly questioned the future of the alliance when, in 2011, he said in a speech in Brussels:

“The blunt reality is that there will be dwindling appetite and patience in the U.S. Congress — and in the American body politic writ large — to expend increasingly precious funds on behalf of nations that are apparently unwilling to devote the necessary resources or make the necessary changes to be serious and capable partners in their own defense,” he said.

Follow-on Defense secretaries Leon Panetta and Chuck Hagel also voiced similar concerns about NATO member nations’ refusing to pony up and kick in for their own defense.

To this day Trump has stood by his comments and, it seems, others who are free to speak with clarity, unbound by misguided loyalties or the politics of now, agree: NATO may have outlived its usefulness and if so, it is “not the worst thing in the world.”