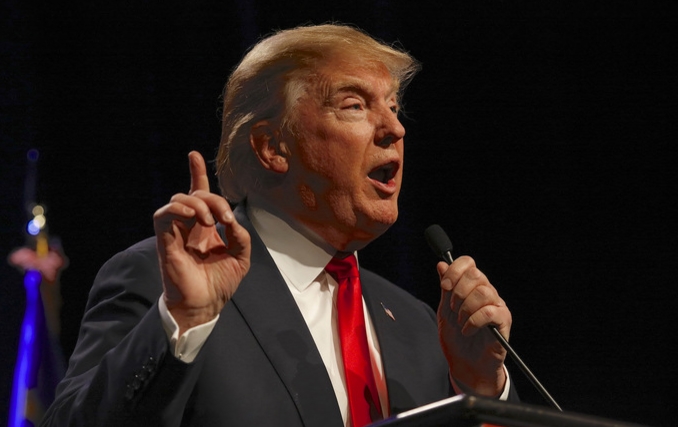 (Trump.news) Presumptive GOP nominee Donald J. Trump is doing something that none of his predecessors in modern political history have managed to do: actually expand the Republican “big tent” with voters who have not traditionally supported the party.

This is evident by the increasing number of union members – most of whom are lifelong Democrats – who have said they will support Trump in November against his likely Democratic opponent, Hillary Clinton, who is reportedly under investigation by the FBI for possible violations of the law regarding racketeering laws.

As reported earlier this week by The Daily Caller, much to the chagrin of dyed-in-the-wool Leftist union leaders, rank-and-file members are moving over to support Trump in numbers not seen in decades.

Since he began leading the once-crowded GOP presidential field, national union leaders have opposed Trump over what they say are extremist and bigoted views. They disagree with him over trade and immigration, as well as the tone and tenor of his campaign – all of which has gained him significant support from union members. So much so that union leaders now think they may have lost a large portion of the to the Republican candidate.

“Everybody recognizes the enormous threat Trump poses,” Communications Workers of America Political Director Robert Master told The Wall Street Journal. “There’s an element in that right-wing populism that is appealing to some of our members, there’s no question about that.”

Not surprisingly, national union leaders have overwhelmingly supported Clinton. That said, a Wall Street Journal/NBC News poll shows that Clinton and Trump are actually tied with 44 percent support each from union households. AFL-CIO Political Director Mike Podhorzer said that union members became less supportive once they learned where Trump stands on workplace issues, but the fact that he is holding on to as much support as the prospective Democratic nominee is remarkable in and of itself because it just hasn’t happened with a Republican candidate in generations.

Trump has voiced support for right-to-work laws and has said that minimum wage laws should be left to individual states; as for the latter issue, in many places around the country, union wages are tied to the minimum wage, meaning when it goes up, so, too, does union pay.

That said, Trump also has said he opposes the Trans-Pacific Partnership trade agreement and illegal immigration, both of which points cause many union workers to fear for losing their jobs. Clinton, meanwhile, supports TPP and generally has backed President Obama’s constitutionally and legally questionable executive actions on immigration.

One union group in particular that is shifting away from Democrats this year and leaning towards the GOP are coal miners – workers in an industry hard-hit by Obama’s regulatory regimes via the Environmental Protection Agency and others.

As reported by the Washington Free Beacon, the political wing of the United Mine Workers of American has endorsed Sen. Rob Portman, R-Ohio, for reelection, which dealt a blow to his Democratic challenger, Ted Strickland. That is a major departure for the union because it has a history of backing Strickland, a former governor, as well as fellow Democrats.

“We very much appreciate the support you have given both active and retired coal miners and their families, especially in such difficult times as the coal industry is experiencing today,” National Council of Coal Miners Political Action Committee (COMPAC) International President Cecil Roberts and International Secretary-Treasurer Daniel Kane wrote in a letter to Portman.

“Ted Strickland likes to remind people that he’s from southeast Ohio, but he has a record of turning his back on Coal Country. Even though coal is a proven source of relatively inexpensive energy that supports thousands of jobs across Ohio, and even though Ohio relies on coal for approximately 70 percent of our electricity, Ted worked on behalf of a liberal special interest group in Washington that is dedicated to ending coal jobs,” Portman said in a statement of his own.

Obama has made it his mission since before taking office to decimate the coal industry, as you will see from a 2008 interview (below) with the editorial board of the San Francisco Chronicle. More and more union members obviously see Trump as the better gamble over a women – Clinton – who is likely to be Obama’s third term.