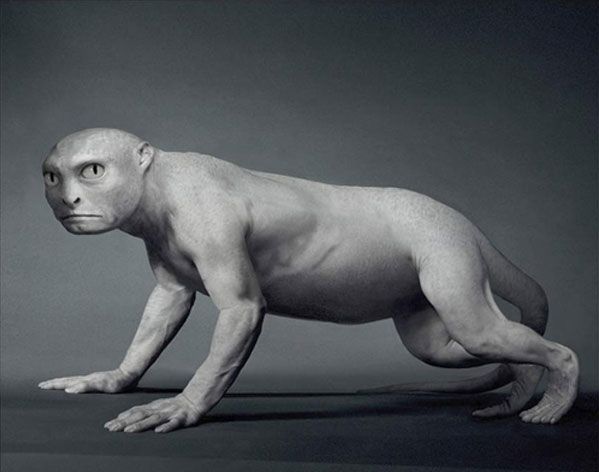 A small group of scientists across the United States are attempting to create embryos that are part human and part animal, otherwise known as chimeras.

Chimera is a term for a mythical Greek creature consisting of part lion, part goat and part snake. In modern times, the term has been used to describe a single organism composed of cells from different zygotes.

The National Institutes of Health (NIH) cut funding for this type of research, at least temporarily, last September. NIH officials said they need to review the science and ethical implications behind this technology before moving forward.

The experiments involve inserting human stem cells into burgeoning embryos from other species, thereby spawning chimeras. In actuality, researchers have been creating human chimeras, at least in part, for years. For instance, scientists already study rats with human tumors to better understand cancer.

What makes the recent research unique is that it would involve in the insertion of human stem cells into the embryos of non-human animals during the early stages of embryonic development.

“The special issue here with stem cells is that those types of human cells are so powerful and so elastic that there’s great worry about the degree to which the animals could become humanized,” explained Insoo Hyun, a bioethicist at Case Western Reserve University, in an article for NPR.

The motivation behind the research is to produce chimeras that could pave way for new treatment options for human diseases. For instance, scientists could use the technology to develop more efficient animal models while studying diseases in a lab.

Nevertheless, embryonic chimeras are a contentious issue, which provoke a host of biological and moral concerns. According to Francoise Baylis, a bioethicist at Dalhousie University in Nova Scotia, Canada, creating creatures that are part human and part animal is wrong because it, “would introduce inexorable moral confusion in our existing relationships with nonhuman animals, and in our future relationships with part-human hybrids and chimeras.”

The reason that chimeras are such a controversial topic is because we treat humans differently than we treat nonhuman animals. Although we too are part of the web of nature and ought to act accordingly, what makes humans unique is that we are moral agents. Whenever a lion catches and eats a gazelle, it doesn’t murder the gazelle, it kills the gazelle. By creating creatures that are part human and part nonhuman, however, the moral dividing line between the two species is blurred.

Another issue with chimeras is that human cells could wind up in the brains of animals. The chimeras could become too human-like, possibly possessing human mental capabilities. Although the likelihood of an animal acquiring consciousness on par with people is low, it is a possibility that cannot be swept under the rug.

“We are not near the island of Dr. Moreau, but science moves fast,” NIH ethicist David Resnik said at a meeting in Maryland. “The specter of an intelligent mouse stuck in a laboratory somewhere screaming, ‘I want to get out’ would be very troubling to people,” he added.