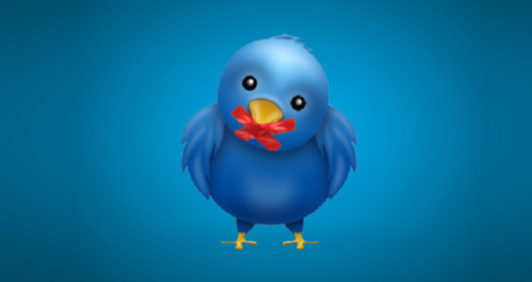 Twitter has created a newly formed Trust & Safety Council to help mitigate online harassment, but it’s not just cyber bullies who the social network is trying to silence. In the past few weeks, the tweets of populist conservatives and cultural libertarians have mysteriously vanished.

Many people have ceased using Twitter because of abuse online. Twitter’s most recent initiative claims to be taking a stand against online bullying; however, many feel this new system is limiting free speech. Members of the newly formed Trust & Safety Council include anti-bullying pro, anti-defamation league, childnet, feminist frequency, National Cyber Security Alliance, among others.

These organizations are wearing a facade that masks what Twitter is really up to. Rumors that Twitter is “shadowbanning” politically incorrect tweets have been verified by a source inside the company, according to Breitbart Tech. According to the inside source, Twitter intentionally whitelists and blacklists users. Tweets can easily disappear if they don’t align with Twitter’s left-wing political stance.

Shadowbanning, otherwise known as “Stealth Banning” and “Hell Banning,” is optimized by online community managers to prevent spam. Rather than ban a user, their content cannot be seen by the public. Best case scenario is that spammers do not realize their content is being shielded from public eyes.

The problem is Twitter isn’t just after spammers. Over the last few weeks, members of the alternative right have had their tweets censored – not because of cyber bullying – but because they do not mesh with the political ideology of Twitter.

Since Twitter’s Trust and Safety Council consists mostly of left-wing advocacy groups, it should be unsurprising that victims of shadowbanning fall on the political right. These instances of shadowbanning libertarians and conservatives just so happen to coincide with the 2016 presidential election.

This isn’t the first time Twitter has censored user timelines without their consent. Twitter came under attack last May after installing mandatory filters, which couldn’t be switched off. The system blocked the newsfeeds of users against their will. Many users could not send message to friends and followers, demanding that Twitter let them switch off the system.

Since shadowbanning has been confirmed by an inside source, it is no longer a mere rumor that Twitter is intentionally suppressing the views of conservatives and libertarians. They value free speech, as long as it is to serve the interests of the political left. Anything contrary to the political left is being censored on the grounds that it is politically incorrect.

It’s not yet known how successful the Trust & Safety Council will be in preventing online harassment, but they are enjoying a great deal of success in suppressing the political right. If this type of censorship continues to take place, libertarians and conservatives will have to seek an alternative media outlet to make their voices heard.