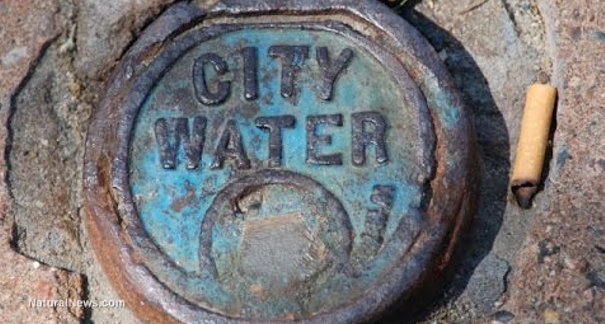 At least 33 cities across 17 US states have used water testing “cheats” that potentially conceal dangerous levels of lead, a Guardian investigation launched in the wake of the toxic water crisis in Flint, Michigan, has found.

(Article by Oliver Milman and Jessica Glenza, republished from //www.theguardian.com/environment/2016/jun/02/lead-water-testing-cheats-chicago-boston-philadelphia)

Of these cities, 21 used the same water testing methods that prompted criminal charges against three government employees in Flint over their role in one of the worst public health disasters in US history.

The crisis that gripped Flint is an extreme case where a cost-cutting decision to divert the city’s water supply to a polluted river was compounded by a poor testing regime and delays by environmental officials to respond to the health emergency.

The Guardian’s investigation demonstrates that similar testing regimes were in place in cities including Chicago, Boston, Philadelphia, Detroit and Milwaukee.

Thousands of documents detailing water testing practices over the past decade reveal:

Marc Edwards, the scientist who first uncovered the crisis in Flint, described water testing in some of America’s largest cities as an “outrage”.

“They make lead in water low when collecting samples for EPA compliance, even as it poisons kids who drink the water,” Edwards, a Virginia Tech scientist, said. “Clearly, the cheating and lax enforcement are needlessly harming children all over the United States.

“If they cannot be trusted to protect little kids from lead in drinking water, what on Earth can they be trusted with? Who amongst us is safe?”

For 25 years, the Environmental Protection Agency has required water utilities to test a small pool of households for lead contamination at least every three years. Typically, city water departments ask residents to collect these water samples. But the way residents are instructed to sample their water, as well as which households are chosen for testing, can profoundly impact how much lead is detected.

Testing methods that can avoid detecting lead include asking testers to run faucets before the test period, known as “pre-flushing”; to remove faucet filters called “aerators”; and to slowly fill sample bottles. The EPA reiterated in February that these lead-reducing methods go against its guidelines, and the Flint charges show they may now be criminal acts.

The arrest warrant for Glasgow, Busch and Prysby states that the men “did properly manipulate the collection of water samples by directing residents to ‘pre-flush’ their taps by running the water for five minutes the night before drawing a water sample and/or did fail to collect required sampled included in the tier 1 category of service lines.”

The tactic of pre-flushing, which helps clear lead from home plumbing prior to a test, is rampant across many large cities. In their most recent test cycles, Philadelphia; Milwaukee, Wisconsin; and Buffalo, New York, tested water for lead in this way.

The EPA has warned since 2008 that pre-flushing is problematic and goes against the “intent” of regulations designed to detect lead. Nevertheless, the federal agency failed to properly police state agencies who included the method in sample instructions for years, including at the Maine and Rhode Island departments of health.

Further distortion is achieved through the removal of “aerators” – the small metal filters at the tip of faucets. These filters can collect lead particles and add to lead detected in tests. The EPA has warned against this practice since 2006, when it became clear that a lead poisoning case in Durham, North Carolina, was missed by the water department at least partly because it routinely removed the filters.

Philadelphia, a city accused of having the worst water testing in the US, asks testers to pre-flush their pipes, remove aerators and slowly pour water into a sample bottle. The EPA has warned against all these testing methods, which could “mask the added contribution of lead at the tap”.

Documents show some authorities have also removed high-risk homes from testing or sought to obscure their dangerous lead levels. In Michigan, a department of environmental quality (MDEQ) official told the director of a town water department in a Detroit suburb called Howell to “bump this one out”, referring to a sample with high lead levels, by taking additional samples. 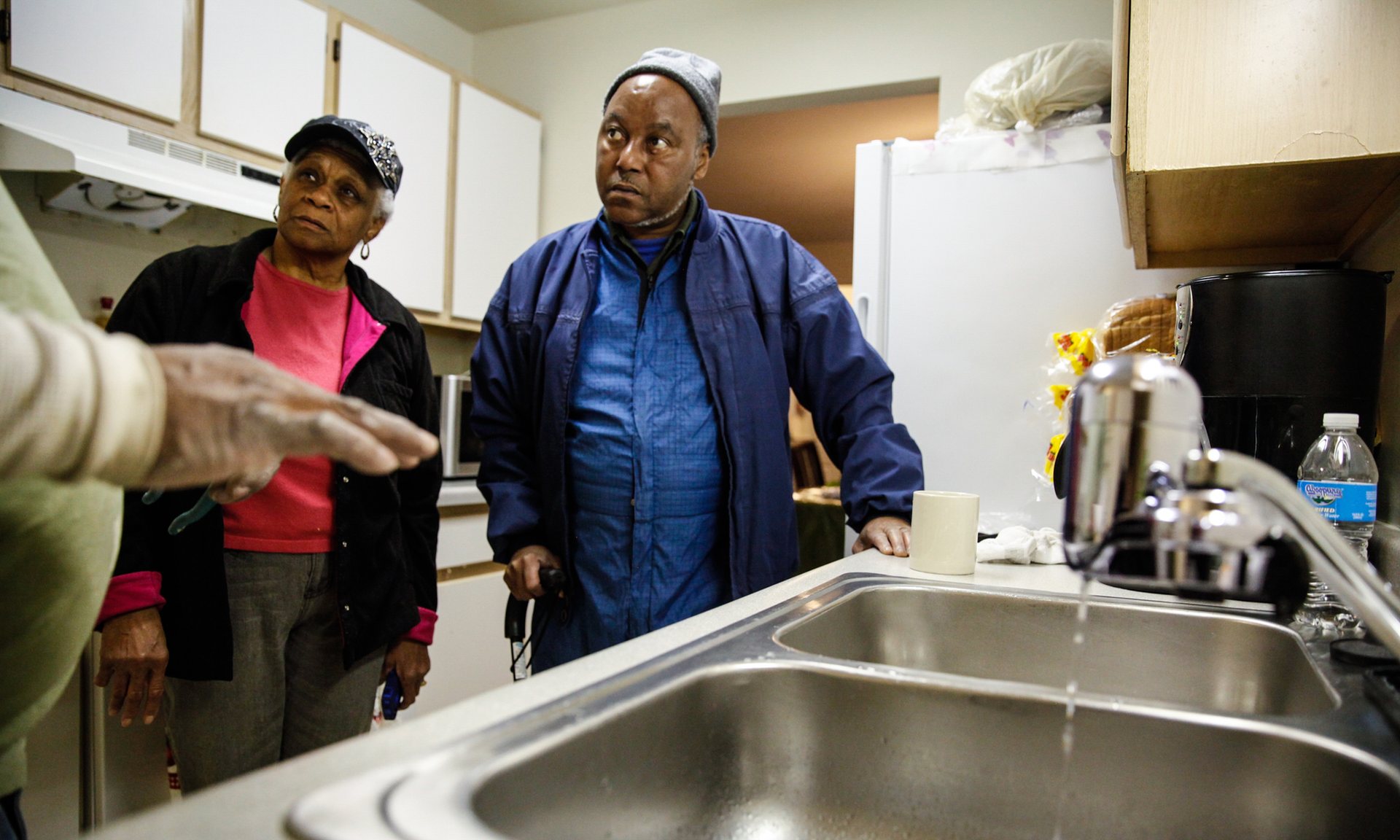 “I would suggest at least five more samples,” Adam Rosenthal, an official at the MDEQ drinking water office wrote in an email in 2008.

New Hampshire offered similar advice to water system officials in that state, advising water departments to test early so any high results could be re-tested.

“If your water system samples early in their compliance period, then time remains for you to collect a second set of samples,” reads advice from New Hampshire’s department of environmental services to local water systems. “This may result in a 90th percentile below action levels.”

Thousands of Flint’s children are expected to suffer developmental problems as a result of the lead contamination. Hundreds of thousands of bottles of water have been distributed to the city by the national guard, deployed in January. Barack Obama called Flint’s lead contamination a “man-made disaster” and a symptom of urban neglect suffered by poor, largely black communities across the US.

Since the crisis in Flint prompted a federal state of emergency, the city, state and its new water supplier, Detroit, phased out water testing distortions. But other cities have failed to do so – against the advice of EPA guidelines..

In the nine years since the EPA last updated lead regulations, a substantial body ofpeer-reviewed science has shown no level of lead is safe for humans. Tiny amounts are associated with impaired development and behavioral problems in children, and exposure is linked to a propensity to commit violent crimes.

Also in that time, peer-reviewed studies by EPA scientists andacademics showed how testing methods that flout guidelines miss lead contamination. Some of these studies even stemmed from previous lead contamination crises, such as inWashington DC in 2001.

“What on earth can you do when the environmental policemen at EPA have condoned open cheating on the water lead rule for more than a decade now?” said Edwards, the author of several studies.

In a statement, the EPA did not respond to the widespread testing distortions but said it is currently working on “long-term revisions” to its lead and copper rule, expected in 2017.

“During our review, EPA has been evaluating critical issues related to increasing public health protections under the rule while maintaining an approach that can be feasibly implemented by the states and drinking water utilities,” the regulator said.

“As we develop the proposed revisions to the rule, we are also focusing on enhanced oversight of the states, including implementation of the existing rule. In EPA’s recent letter to the states, we make clear that approaches are not to include aerator removal or allow pre-stagnation flushing prior to collection of samples by residents.”

The crisis in water testing could be even more widespread than evidence unearthed by the Guardian shows. Several large cities sell water onto almost 400 adjacent cities and towns. Many of these locations also test their own water as part of EPA recommendations.

As part of its investigation in the wake of the Flint disaster, the Guardian sought water testing documents from 81 of the largest cities in states east of the Mississippi River. Eastern states are considered to have a high risk of lead contamination due to their aging infrastructure. Forty-three cities provided information, and 33 of these used distortions in their water testing in the past decade.

Several cities do correctly follow EPA guidelines on testing, according to documents provided to the Guardian, including: Cincinnati, Ohio; Jacksonville, Florida; Louisville, Kentucky; and Mobile, Alabama. Several said they intend to change protocols when they next test, including Mount Pleasant, South Carolina; Buffalo, New York; Worcester and Boston, Massachusetts; Lewiston, Maine; and the Rhode Island and Maine health departments. Chicago stopped aerator removal and pre-flushing by 2012.

In response to the Guardian’s investigation, many water departments said the EPA had not issued clear guidance on the issue in the past. Some said they had never received a previous EPA memo regarding testing protocols, or that the practices are not illegal.