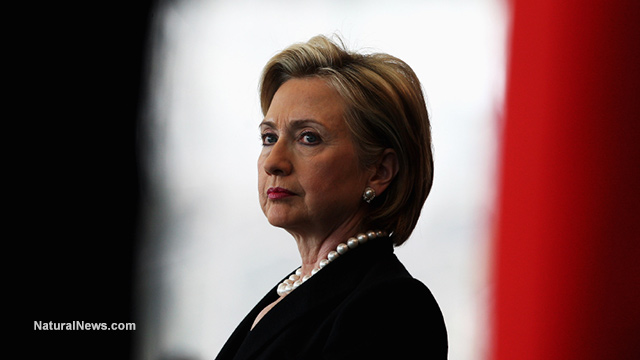 Presumptive Republican presidential nominee Donald Trump said over the weekend in an exclusive interview with Breitbart News that his likely rival, Democrat Hillary Clinton, is planning to allow massive immigration in the style of President Obama into the U.S. if she is elected president.

In the interview, Trump said one major difference between her plan and his is that he will actually secure America whereas Clinton would do like her predecessor and essentially have a borderless nation.

“We’re going to have very strong borders, and people can come into the country, but they have to come in legally,” he said, repeating what he has said in the past when asked about his immigration policies. “They have to come in legally. And the Syrians, we won’t take them, because we don’t know who they are and where they’re from. They could be ISIS. So we won’t take them.”

Now that he’s the likely nominee, Trump echoed a now familiar, earlier promise as well regarding the construction of a wall along the U.S. southwest border, something Clinton opposes.

“Absolutely, we’re going to have a wall—and Mexico is going to pay for the wall,” Trump said.

President Obama’s executive actions that provide relief from deportation for DREAMers and parents of Americans and lawful residents would protect an estimated 5 million people. Hillary will defend DACA and DAPA against partisan attacks and politically motivated lawsuits that would put DREAMers and others at risk of deportation.

Half of U.S. states have sued the administration over these actions, claiming they are unconstitutional because the president did not have the authority to issue them.

If Congress continues its refusal to act on comprehensive immigration reform, Hillary will put in place a simple, straightforward, accessible system for parents of DREAMers and others with a history of service and contribution to their communities to be able to make their case and be eligible for deferred action as well.

Trump’s campaign website lays out his vision for immigration “reform,” which essentially is that U.S. immigration laws are not broken, as Clinton, Obama and other Democrats have asserted, but rather that they are simply not being enforced.

“America will only be great as long as America remains a nation of laws that lives according to the Constitution. No one is above the law,” it says.

In addition, Trump’s reform measures include bolstering the number of border agents, implementing an e-verify system requiring employers to ensure that their employees are in the country legally, mandatory return of anyone in the U.S. illegally, withholding federal funding from “sanctuary cities” – those that flout immigration laws and refuse to interdict illegal aliens and turn them over to federal immigration authorities, and cooperate more with local anti-gang task forces.

In bolstering the number of Immigration and Customs Enforcement agents, Trump said he would fund the effort by taking the recommendation of the inspector general of the Tax Administration and eliminating tax credit payments to illegal immigrants.

He also said he would work to end so-called “birthright citizenship” – that is, granting U.S. citizenship to the child of an illegal immigrant, though that might require amending the 14th Amendment.