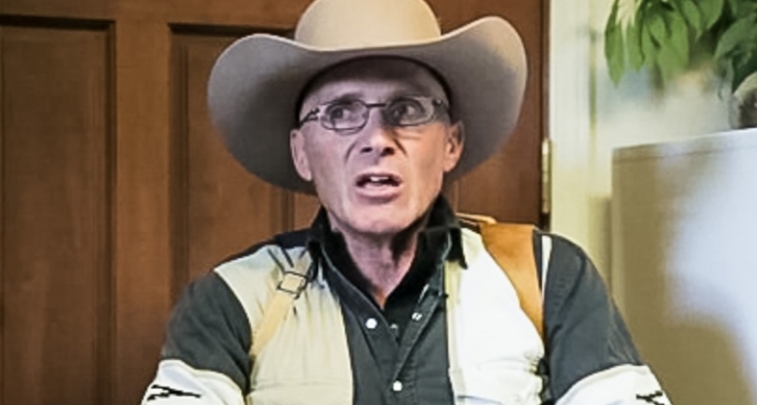 Seven state legislators from Arizona have called upon the attorneys general of the states of Arizona, Nevada “and any other states with standing,” to bring legal action against Oregon law-enforcement officials and prosecutors, as well as against the FBI, over the shooting death this past January of Arizona rancher Robert Lavoy Finicum.

In a letter to Arizona Attorney General Mark Brnovich and Nevada Attorney General Adam Paul Laxalt, the Arizona lawmakers contrast the extreme treatment accorded Finicum, the Bundy ranching family, and their supporters versus the kid-glove treatment given to the violent and destructive leftist demonstrators of the various “Occupy” movements.

“Over the past 7-years, the U.S. Attorney General and the U.S. Justice Department have established a track record of repeatedly filing civil rights complaints, often in support of known criminals, typically against law enforcement officials and state and local governments,” says the letter dated May 20, 2016, on the letterhead of Arizona State Representative Bob Thorpe. “However,” the letter continues, “in the case of unarmed Arizona rancher Mr. LaVoy Finicum, who was shot 3-times in the back by Oregon law enforcement officials at a traffic stop, and his associates who are currently being held, charged and facing inaccurate and exaggerated charges, the Federal Government has not demonstrated any interest in protecting the guaranteed Constitutional and civil rights of these Arizona and Nevada citizens.”

“Whether you agree or disagree with their tactics of occupying public land within an Oregon wildlife refuge for 41-days,” note the legislators, “Finicum and his associates were merely exercising their Constitutionally guaranteed 1st Amendment rights of free speech, to peaceably assemble and to petition the government for a redress of grievances.”

The legislators’ letter continues, pointing out the obvious, politically motivated differences in the federal government’s actions toward the protesters:

In order to keep this in context, none of the thousands of individuals involved in the politically motivated 4-month takeover of the Wisconsin State Capitol from February 14 – June 16, 2011, or the encampment and protests by the Occupy Wall Streetmovement that started on September 17, 2011 and lasted for many, many months, were treated in a similar manner. In both of these cases, that lasted dramatically longer than the Oregon wildlife refuge occupation of public land, considerable property damage occurred, and yet no individuals were shot, jailed or charged in a similar manner to those individuals within Oregon.

It should also be noted that the Wisconsin State Capitol takeover and the Occupy Wall Street demonstrations involved violence, threats, and intimidation, massive disruptions of official government operations, as well as hindrance of private transportation, disruption of private business, and damage to and destruction of private property. Contrast that with the Oregon wildlife sanctuary occupation, which took place out in the boondocks, did not inconvenience anyone, or cause any property damage.

Similar to the IRS targeting scandal, it has been suggested that the noticeable difference between the Wisconsin and Occupy Wall Street occupations and the Oregon occupation is that the former was typically comprised of labor union and liberal individuals who are politically aligned with President Obama, and the later was typically comprised of conservative individuals who are not.

According to Thomas Jefferson, our 3rd U.S. President and author of the Declaration of Independence, “When government fears the people, there is liberty. When the people fear the government, there is tyranny.” Simply by exercising their Constitutionally guaranteed 1st Amendment rights, the late Finicum and his jailed and charged associates continue to face what some are calling government tyranny.

“It is the duty of the Attorneys General of the States of Arizona, Nevada and any other states with standing, to file civil rights complaints with the U.S. Justice Department against the Oregon law enforcement officials and prosecutors, and against the Federal Bureau of Investigation,” say the legislators. “Arizona and Nevada must ensure that their citizens are treated in a fair, transparent and legal manner, and that Oregon law enforcement officials justly face at a minimum manslaughter charges, and that FBI agents justly face at a minimum attempted manslaughter and falsifying evidence charges.”