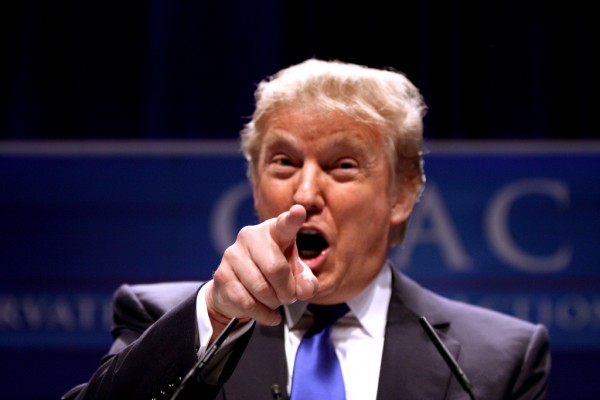 Donald Trump has yet to promise to reduce the size and scope of the massive federal bureaucracy, but the Republican president front runner may only have to win the general election in November in order to fulfill that objective.

That’s because, according to a new survey, 25 percent of current federal employees said they would quit their jobs if he were to win the White House.

As reported by Breitbart News, one-in-four government employees, who responded to a survey by the trade magazine Government Executive, said they would consider leaving their positions in the federal service if Trump wins; another 11 percent responded with a “maybe.”

Unsurprisingly, self-described Democrats and those who lean more towards Democratic candidates were more likely to say they would cut and run from federal service if Trump beats his Democratic challenger. Of that figure, 26 percent said they were certain they would leave, compared to just 4 percent of Republicans and Republican-leaning workers.

In general, however, federal employees thought that having Clinton or Trump as a boss would be most embarrassing, with Clinton garnering 49 percent and Trump 59 percent.

What is even more interesting than the results of the survey are the fact that Government Executive decided to commission it in the first place. Also, the survey included this gem of a question: “If Barack Obama were allowed to serve as president another four years, would you support him over the current Democratic candidates?” Of Democrats and Democrat-leaning employees, 56 percent said they would; 37 percent said they wouldn’t; 7 percent did not know.

“The poll was sent to a random sample of Government Executive print and online subscribers from Jan. 20-26; 688 federal employees, representing over 30 civilian and defense agencies, completed the survey,” the magazine noted. “Of those, 35 percent identify as Independents, 28 percent as Democrats, and 26 percent as Republicans. The margin of error is plus or minus 4 percent.”

On a related note, a record number of Americans have already made their choice – they voted with their feet and have left the country altogether, never to return (as a citizen, anyway).

As noted by The Wall Street Journal, 4,279 people renounced their U.S. citizenship or long-term residency in 2015, according to Treasury Department data.

Last year marked the third year in a row for record citizenship renunciations. Andrew Mitchel, an international attorney in Centerbrook, Conn., who tracks such data, told the paper.

In the fourth quarter alone, 1,058 names appeared on the Treasury Department’s list.

“An increasing number of Americans appear to believe that having a U.S. passport or long-term residency isn’t worth the hassle and cost of complying with U.S. tax laws,” he told WSJ.

Experts say the growing number of renunciations by citizens and long-term holders of green cards is related to an enforcement campaign by U.S. officials against undeclared offshore accounts. It intensified in 2009, after Swiss banking giant UBS AG admitted that it encouraged U.S. taxpayers to hide money abroad.

Renunciations began to rise in 2009 – the year Barack Obama won the presidency – and have risen every year since, with the exception of a decrease in 2012, data shows.

When you have a government as deep in debt as the U.S. is, it results in a government with an insatiable appetite for the people’s money, no matter where they go. As long as that remains the case, expect renunciations to continue to set records.