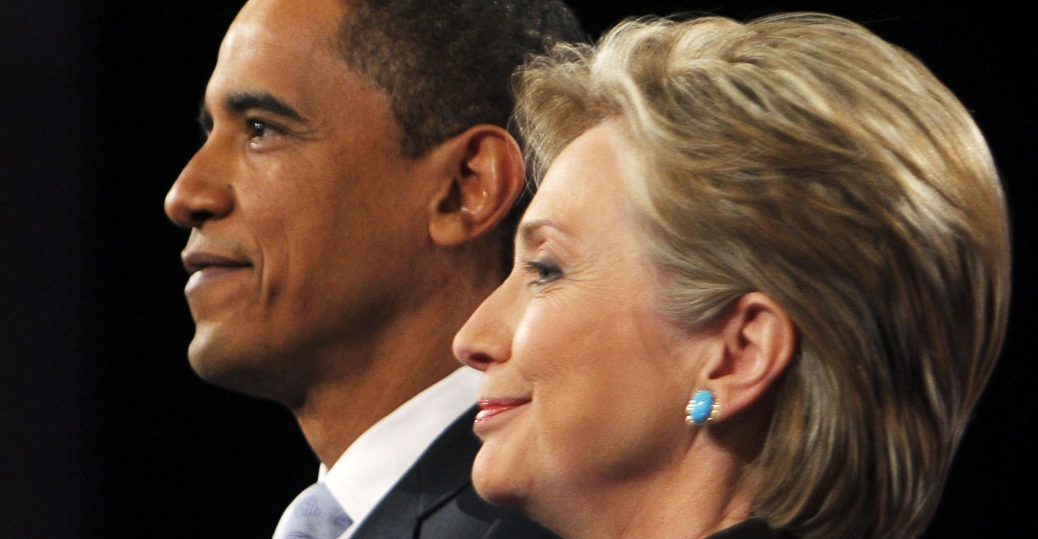 Of all the political animals currently on the national stage there is none more political than Democratic presidential contender Hillary Clinton, and no, that’s neither a compliment nor a testament to her “experience.”

What it is, instead, is an indictment of her character and an acknowledgement that the woman has no core principles or beliefs, but merely vomits whatever is politically convenient at the moment, given the setting she is in.

In recent days Clinton voiced support for President Obama’s controversial threat that may force the nation’s 100,000 K-12 public schools to allow students who “identify” as another sex to use the bathrooms and locker rooms of the sex they identify with; little boys using little girls’ facilities, and vice-versa – and after decades of being lectured by liberals like her that every big government policy that came down the pipe should be supported because that’s what’s best “for the children.”

Over the weekend a spokesperson for Clinton’s embattled campaign said she is supportive of Obama’s dictatorship, though the endorsement, granted, was anything but ringing. But there again is the politician – the vaguely-worded endorsement was vaguely worded so as not to spark public opposition to her presidential aspirations.

“Hillary Clinton applauds the Obama administration for taking actions this week to stand up for the rights of LGBT people–and particularly for the rights of transgender people–across the country,” Clinton spokeswoman Xochitl Hinojosa told The Washington Post. “As president, she will fight to make sure all Americans can live their lives free from discrimination,” she added.

Clinton is every bit as narcissistic as the current occupant of the Oval Office, who once touted his election as historic because he is the first African-American to win the presidency. Well, Clinton is attempting to paint herself as equally worthy not because of some massive record of accomplishment, but because she’s a woman. That’s a problem because many women, with or without kids in public school, may be pretty hostile to Obama’s claim that boys become girls if they merely “identify” as one.

As reported further by Breitbart News:

The Obama administration issued its decree with a letter signed jointly by the departments of Justice and Education. The letter told the nation’s schools that long-standing laws against sex discrimination force school districts to adopt the far-left “gender identity” claim that gender feelings are the same as biological sex. This legal claim means that [a] male adult or male child who feels himself to be a woman must be treated as a woman for legal purposes. So if a man claims he feels like a woman and is refused entry to a women’s changing room because of his biological male sex, then he can sue for sex discrimination.

There is no question that this goofy interpretation will be challenged by a number of states if the administration makes good on its threat to withhold funding from any public school that refuses to comply. But in the meantime, the government has school districts by the throat, so to speak, because many districts depend on federal dollars for a number of programs, many of which are mandated (and if this doesn’t demonstrate why states need to wean themselves off federal money, while limiting federal power, nothing will).

Brad Dacus, president of the Pacific Justice Institute, told Breitbart News that there is no case law at all backing the claim by the federal government that it has the power to force all schools to provide mixed-sex bathrooms.

“There is absolutely nothing in the way of case law or statutory language that would legitimize such a mandate upon public schools,” Dacus said, adding that if the case is ever brought before the U.S. Supreme Court Obama’s order would likely be struck down because of the overbroad interpretation of the Title IX statute barring sexual discrimination (of actual sexes, not perceived or chosen sexual identities).