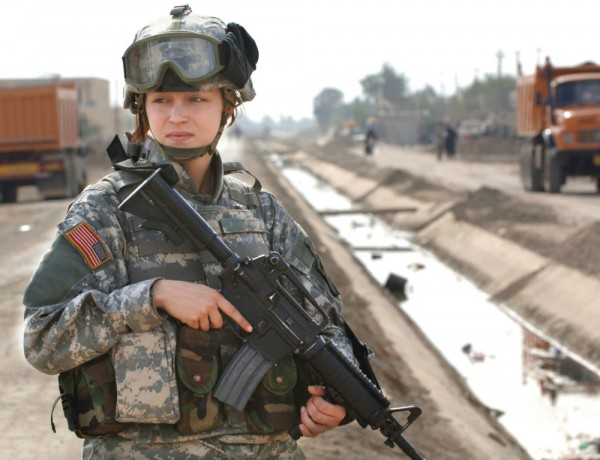 In a recent video posted on his Facebook page, former Army drill sergeant and combat veteran John Burk detailed some of the reasons why he decided to get out of the military a few months back (Caution: Strong language).

Burk goes on to cite a number of other reasons why he decided to end his military career – in particular, he detests a military culture that has become far too PC; is more concerned about “checking the box” than actually training troops; is too willing to let subpar troops remain in the ranks; is more focused on “EO (equal opportunity), sexual harassment” and other “briefings” rather than spending more time training; and is rife with what is essentially dead weight at many of the higher enlisted ranks.

“Last I checked, leadership is leading by example, and we don’t have very much of that anymore,” he said. “We’ve got a bunch of armchair quarterbacks sitting behind a desk barking orders, yet they themselves can’t enforce or live up to.”

He says further, “We have become a cosmetic Army.”

Burk is hardly alone in his observations about how today’s military culture – especially the culture in the so-called combat arms ranks of infantry, armor, airborne, and engineer troops – has changed dramatically in the past decade.

Many believe there is no greater change to military culture than Obama’s order to allow gays to serve openly, and to open all positions – including combat positions – to women.

The orders were dutifully carried out by the Pentagon because president Obama is commander-in-chief, but not without some heartburn. In the case of the Marines, for instance, the orders to integrate women in all positions were carried out despite tests that found that females were not as physically capable in combat roles as their male counterparts.

The first two females to graduate

Along those lines, according to US Defense Watch, there could be something “rotten” regarding conditions surrounding the graduation of the first two females from the tough Army Ranger course. As noted by reporting at the time [this story from CNN is typical of the reporting] noted that the women – Capt. Kristen Griest and 1st Lt. Shaye Haver – “made history” when they graduated.

But subsequent attempts by a member of Congress to verify that the women passed under the same circumstances as their male officer counterparts, have been stymied both by the Army and the Ranger school.

Last fall, after Griest and Haver graduated in August, Rep. Steve Russell, a former Ranger and a 21-year Army vet who led an infantry battalion in Tikrit, Iraq, earning a Bronze Star with Valor Device, requested the school’s records for the females.

US Defense Watch reported the chain of events that took place after Russell made his request:

The Secretary of the Army, John McHugh, stalled Russell for nine days and then asked for an extension to obtain documents readily available.

The Army waited another two weeks to tell Russell the documents had been shredded.

The Army still refuses to tell anyone what the school’s policy is for the storage and destruction of Ranger School records.

The Army still refuses to tell the media why they shredded Griest’s and Haver’s records.

The Army refuses to tell the media what they are doing with the third female graduate, Major Lisa Jaster’s records.

In addition, the Army would not agree to send Russell the “Green Cards” for the female Rangers – basically report cards that show how any Ranger graduate performed, a practice dating back to the Korean War.

In mid-November the Army released some records – those appearing to indicate that the three female Rangers did well and, in some cases, better than male counterparts. But Russell said he was investigating whistleblower claims that perhaps females may have been treated less stringently.

“… If you have whistleblowers that come to you begging to look into a matter and as you’ve looked into it, you realize there is probably something to it, based on the evidence we’ve seen so far, you have a moral obligation to investigate it,” Russell told NewsOK.