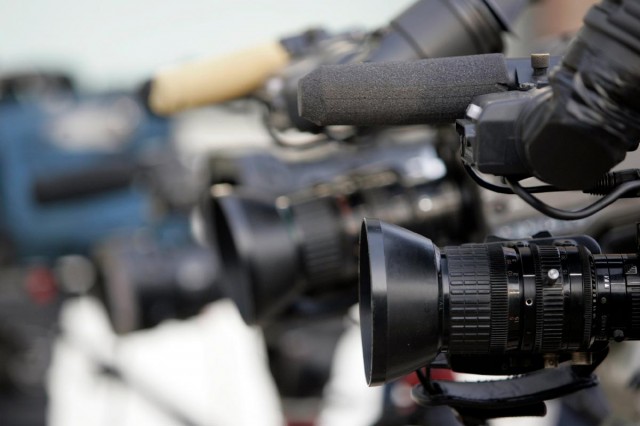 The refugee-migrant crisis in Europe is getting worse, but you might not know that because many media outlets on the continent, especially those in the hardest-hit countries, are being prevented by their governments from reporting the truth.

As reported by Breitbart News London, a former media boss at a major German state broadcast company has admitted that his network and others in the country take their marching orders from the central government in Berlin regarding what they can, and cannot, report. That is much like the American media, though Left-wing U.S. editors’ choices of what to cover and what to ignore are based more on ideological similarities with those in power.

In any event, national public service broadcaster Zweites Deutsches Fernsehen (ZDF), which recently was forced to apologize for not reporting widespread instances of violence and sexual assault allegedly committed by young men of Middle East descent, is now at the center of a new humiliating scandal after a former bureau chief admitted that the company takes its reporting cues from the government. He said that German correspondents receive instructions about what news to write that would be “to Ms. Merkel’s liking” (Angela Merkel is Germany’s chancellor).

‘Seriously out of whack’

Former head of ZDF Bonn Dr. Wolfgang Herles make the remarks during a radio event (from minute 27) in Berlin where journalists discussed the media landscape. Moving on to the freedom of the press, the panel chair asked Dr. Herles whether things in Germany had got “seriously out of whack.” With an honesty perhaps unusual in Germany, Dr. Herles replied that ordinary Germans were totally losing faith in the media, something he called a “scandal.”

“We have the problem that – now I’m mainly talking about the public [state] media – we have a closeness to the government,” he said. “Not only because commentary is mainly in line with the grand coalition (CSU, CDU, and SPD), with the spectrum of opinion, but also because we are completely taken in by the agenda laid down by the political class.”

What is even worse than the mainstream, government-controlled and poll-tax-funded media in the country simply agreeing with the ruling class is that stations actually accepted instructions about what to report and what to leave out.

‘Can’t say anything negative about the refugees’

The instructions are sent to media companies from non-specific sources within government, the report noted. They are relayed to individual journalists by executive editors using a news-speak jargon. Herles said that while “there are, in fact, instructions from above,” when editors would pass along reporting instructions to staff writers they would be framed in a way that “serves Europe and the public good.”

As hard as today’s Germany wants to remain aloof of its Nazi past, what appears to be happening with the country’s government-sponsored media is little better than spreading propaganda the way Dr. Joseph Goebbels did.

“Today, one is not allowed to say anything negative about the refugees,” said Herles. “This is government journalism and that leads to a situation in which people no longer trust us. This is a scandal.”

As you might have guessed, the German media has not widely reported Herles’ comments, either, and what has been reported has been presented in a way that is negative to Herles. And these critical comments are generally accompanied by haughty denials from news editors and media executives.

“That the German mainstream media is not free and routinely obscures or bends the truth has been a key criticism by the Patriotic Europeans Against the Islamisation of Europe (PEGIDA) movement, which has coined phrases like Lügenpresse — the liar press — to express their frustration,” Breitbart News London reported.