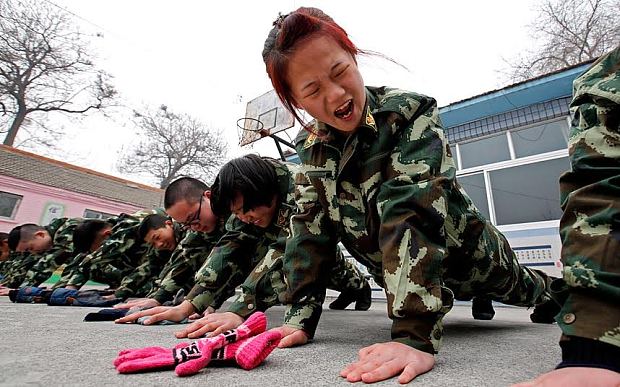 Feminism began as a political movement in the turbulent 1960s to get women equal pay and treatment in the workplace, but it has arrived at a point that very likely horrifies and offends a great many American women today.

Namely, being so equal to men as to be required to register with the Selective Service System to be drafted into military service, should the nation face an emergency.

Men have been required to do so off and on since the founding of the nation, but women have never been forced to do so. Yet recently, after being directed to do so by President Obama, the military has opened all positions to women, including all combat positions. That immediately created a buzz among the Pentagon leaders (and not a few men around the country, in and out of uniform) to now require women to register for the draft as well. After all, equal is equal, right?

In recent testimony to the Senate Armed Services Commitee, top military leaders from the Army and Marine Corps said it will take as long as three years to fully integrate women into combat posts, adding that now women should also be required to register for the draft.

Repeatedly, two top service generals insisted they would not lower physical standards in order to bring more women into tougher roles, warning that inherent physical differences between men and women, along with different injury rates, will certainly impact how the process moves forward, Fox News reported.

The feeling regarding drafting women differs between the military leaders and their political masters, however. Army Gen. Mark Milley and Marine Gen. Robert Neller said in no uncertain terms that women must be included in the mandate to register for selective service when they turn 18 (the age range for men is 18-25).

However Navy Secretary Ray Mabus, who caused a stir last year when he questioned the veracity of a Marine Corps study which found that women had higher rates of injury than men under more grueling combat conditions, along with Acting Army Secretary Patrick Murphy only said that the issue should be discussed.

Most other politicians have also shied away from endorsing the drafting of women. Two Republican congressmen – Rep. Duncan Hunter of California and Ryan Zinke of Montana – have introduced a legislation that, if passed, would amend the Selective Service Act to require women to also register for the draft, though they have said they would vote against their own bill.

“It’s unfortunate that a bill like this even needs to be introduced. And it’s legislation that I might very well vote against should it be considered during the annual defense authorization process,” Hunter said in a statement.

But, he added, “If this administration wants to send 18-20 year old women into combat, to serve and fight on the front lines, then the American people deserve to have this discussion through their elected representatives.”

The occasionally contentious hearing before the Senate committee made clear the deep reluctance of the Marine Corps to open up all combat jobs to women, including demanding armor, infantry and special operations positions.

After a lengthy review by the services and the Pentagon, Defense Secretary Ash Carter in December ordered all combat jobs open to women, but also vowed that no standards would be lowered to make way for women.

In reality, however, the die was cast: Obama wanted the change as commander-in-chief, just as he wanted the Pentagon’s ban against openly gay members serving lifted as well, and since he’s the president, he got both. That was obvious after his fourth defense secretary signed off on the policy change regardless of what the Marine Corps study showed.

But the feminist movement has its fingerprints all over this as well. And now they’ve set the stage for women to finally realize full military equality and be required to register for the draft.