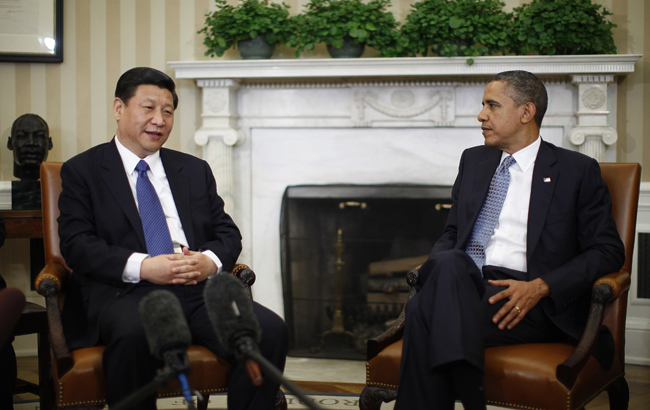 In its annual report to Congress on Chinese military activities, the U.S. Defense Department said on Friday that China is expected to add substantial military infrastructure, including communications and surveillance systems, to artificial islands in the South China Sea this year.

The report “hyped up” China’s military threat and lack of transparency, “deliberately distorted” Chinese defense policies and “unfairly” depicted Chinese activities in the East and South China seas, Yang was quoted as saying.

“China follows a national defense policy that is defensive in nature,” Yang said, adding that the country’s military build-up and reforms are aimed at maintaining sovereignty, security and territorial integrity and guaranteeing China’s peaceful development.

It is the United States that has always been suspicious and flexing its military muscle by frequently sending military aircraft and warships to the region, Yang said.

Despite its calls for freedom of navigation and restraint for peace, the U.S. has pushed forward militarization of the South China Sea with an “intention to exert hegemony”, Yang added.

The Pentagon report said the planned addition of military infrastructure would give China long-term “civil-military bases” in the contested waters.

It estimated that China’s reclamation work had added more than 3,200 acres (1,300 hectares) of land on seven features it occupied in the Spratly Islands in the space of two years.

The Pentagon report comes at a time of heightened tension over maritime territories claimed by China and disputed by several Asian nations. Washington has accused Beijing of militarizing the South China Sea while Beijing, in turn, has criticized increased U.S. naval patrols and exercises in Asia.

Cyberwar.news is part of the USA Features Media network. Check out all our daily headlines here.