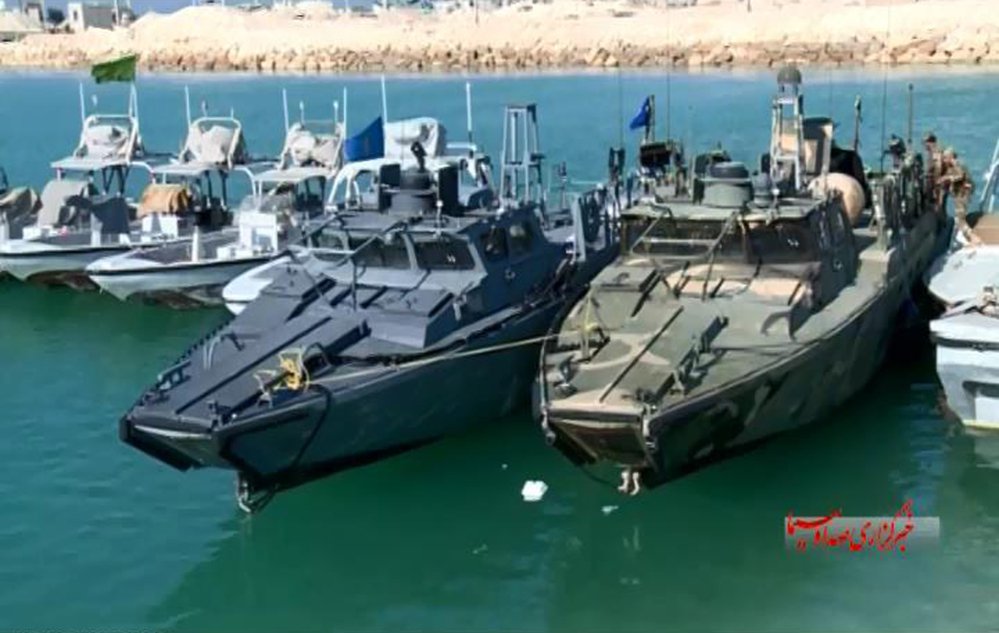 (NationalSecurity.news) Questioning the seriousness of the Obama administration’s response to Iran’s seizure of two Navy patrol boats and detention of 10 American sailors in the Persian Gulf in January, Rep. Randy Forbes (R- Va.), this week proposed legislation to officially condemn Iran, and raised the possibility of imposing new sanctions on the Islamic Republic.

In a press release, Forbes, who chairs the House Armed Services Seapower and Projection Forces subcommittee, accused Iran of violating international law, and said the U.S. response was inadequate.

“Rather than rallying the world against the humiliation of U.S. personnel,” he said, “the U.S. Secretary of State thanked the Iranians for releasing sailors they had unlawfully seized.

“In the face of this administration’s failure to respond seriously to an overt act of aggression,” he added, “which has led only to more misbehavior and threats to close the Gulf, Congress must act.”

In the release, Forbes said that his resolution, H.Res. 709, “demands this Administration make U.S. national security interests – not the President’s quest to build a legacy on the back of an ill-conceived nuclear deal – our top priority.”

The incident occurred just days before Iran and the international community were to formally implement a nuclear deal to limit Iran’s development of a weapon of mass destruction in exchange for lifting both U.S. and international sanctions.

According to Iran’s Fars News Agency, the crews were released “after it became clear that the US combat vessels’ illegal entry into the Islamic Republic of Iran’s waters was the result of an unintentional action and a mistake and after they extended an apology.”

Forbes’ legislation condemns Iran’s military forces for their actions, and states that Congress will consider the behavior of those forces in the Gulf when voting on sanctions legislation pertaining to Iran.

His bill also urges the administration to respond strongly to past and future instances of dangerous and unprofessional behavior by Iranian forces.

Asked about the timing of the resolution, coming months after the actual incident, Forbes told AMI Newswire the intelligence information surrounding the incident is only now coming to light. He said he has “repeatedly and publicly urged every Member of Congress to receive a classified briefing on Iran’s capture of 10 U.S. sailors.”

“The information I have received from the Defense Department about the capture confirms my concern that this Administration has failed to act in an appropriately serious manner about an incident of this gravity.”

Forbes added that his “resolution’s insistence that this incident be taken into account when discussing issues like sanctions is the appropriate response to Iran’s clear violation of international law.”

In a statement posted on the Islamic Republic News Agency, the Iranian Foreign Ministry condemned Forbes’ legislation as meddling in the nation’s security interests in the Persian Gulf, and said Iran would “take any necessary action to maintain security, peace and stability of the Persian Gulf region.”

The Navy has yet to make public the full report on the January seizure of the two American vessels and their crews. That information is scheduled to be made public this summer.