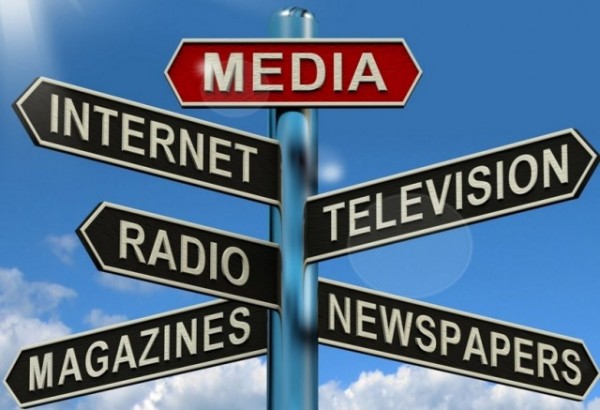 The information Americans receive about important news and events is largely controlled by a small handful of corporate and government interests. As of 2012, more than 90 percent of information dispensed by media outlets was manipulated by just six corporations; today, it’s likely even fewer.

Though the rise of alternative media has paved better access to truthful information, it is not immune to hijacks by corporate and government interests. In an effort to suppress the truth and control information, these entities have moved in and purchased what were once considered “indie” media outlets before transforming them into a propaganda mouthpiece.

Blacklisted News recently published a list of six independent new sources that completely sold their souls for corporate money, they include as follows:

Founded in 2005 by political activist Arianna Huffington, HuffPo served as the liberal version of the Drudge Report. But in February of 2011 it was bought by AOL for $315 million. Within a few short years it had abandoned its activist viewpoints in exchange corporate and government biases.

“These days, HuffPo is little more than clickbait with pulse, a partisan aggregator of trending stories that rarely, if ever, questions the symbiotic nature of state and corporate messaging,” says Blacklist News, which provided the following headlines for proof:

In 2015, AOL was swallowed up by the telecom giant Verizon, which paid $4.4 billion for the acquisition. Needless to say, HuffPo is no longer a grassroots operation.

Launched in 1994 by three guys from Montreal, Vice Media began as a free punk magazine called Voice of Montreal. However, fast forward more than a decade later and you’ll see the outlet has swelled into a $2.5 billion empire embedded with rich conservative interests.

In 2013, Vice sold 5 percent of its stock to one of the world’s most powerful media tycoons, Rupert Murdoch of 21st Century Fox.

In 2015, Disney invested $200 million into Vice, while A&E added an additional $250 million for a 10 percent share. “…the former Montreal-based punk magazine masquerades as an indie renegade news brand that reports from the most extreme geopolitical nooks and crannies on the globe. “

But in truth, “Vice functions as a kind of Trojan horse for nationalist propaganda while also providing advertisers with an invaluable data mining tool. Between social media and entities like Vice, the establishment has unfettered access to the hearts and mind of ostensibly anti-establishment millennials,” says Blacklisted News.

Rupert Murdoch also owns a 73 percent stake in National Geographic, which he acquired through 21st Century Fox in 2015. Murdoch is rumored to have fired the majority of the nature magazine’s staff, which operated as a non-profit for more than a century.

Already, Nat Geo has shifted to favor corporatism. Its March 2015 cover poked fun at those who question genetically modified organisms (GMOs), comparing their concerns to conspiracy theories including that the “moon landing was fake” and “evolution never happened.”

Arguably the most popular site for satire, The Onion sold out its readers this year when it allowed Univision to buy 40 percent of the company. The deal gives Univision the option to the buy the site entirely, as well as its sister satire site, Clickhole.

Univision is co-owned by Hillary Clinton backer Haim Saban, who “is brazen about his political meddling in the Democratic Party.” Saban told The Intercept that the three most effective ways to control American politics is through political donations, think tanks, and media control.

Visited by 6 percent of all adults, the “social bookmarking and news aggregation site” Reddit receives around 3 billion page views each month. But since it was acquired by Conde Naste in 2006, Reddit has been accused of censorship and “manufactured consensus.”

Last year, Anti-Media documented accusations against Reddit including that it was facilitating “administrative censorship, rampant trolling by shills,” and “guerilla propaganda wars.”

“Last year, Hillary Clinton ally David Brock acquired Blue Nation Review, a long-time staple of independent liberal journalism. If you thought the Onion purchase was bad, this one is outright awful. The Hillary Clinton camp now essentially controls its very own media outlet. Recent headlines include “Hated By Insiders, Loved by the People – Hillary Clinton Is the Great American Populist.”