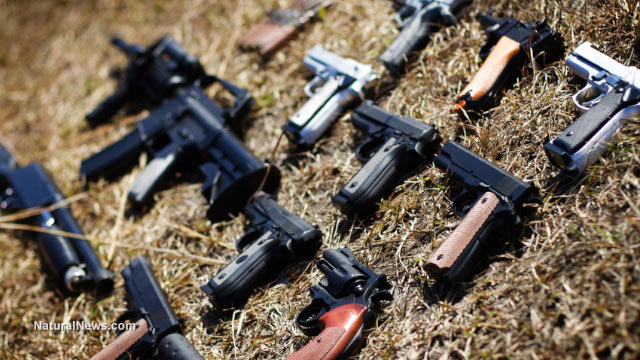 It doesn’t take a genius to recognize that gun regulations fail to curb gun violence. If they did, why do mass shootings consistently take place in “gun free” zones. Unfortunately, this reality has obviously failed to sink into the minds of democrats, in lieu of the Safer Neighborhoods Gun Buyback Act.

The Safer Neighborhoods Gun Buyback Act was originally introduced by Rep. Donald Payne Jr. (D-N.J.) The bill is the latest democratic scheme to address gun violence. The bill has 22 co-sponsors and counting.

The new legislation would pay gun owners to sell their firearms to the federal government, with the guns then being handed over to the Department of Justice for destruction. Gun sellers would receive a premium of 25 percent more than the market value of their firearms for two years.

The price of rights

The price of a firearm is contingent upon its age, condition, alterations and model. Gun owners wouldn’t be reimbursed with a traditional paycheck, however. Instead, they would be issued with debit cards.

The debit cards cannot be used to purchase firearms or ammunition, and cannot be redeemed for cash. The cards will immediately notify dealers that a consumer is attempting to purchase a firearm with the card. If caught violating the provision of the law, both the consumer and dealer would be responsible for reimbursing the government for the gun sale, sentenced to prison for two years, or a mix of both.

Although the legislation gives gun owners an economic incentive to trade in their firearms, it won’t prevent anyone who wants a gun from obtaining one. Gun owners cannot purchase guns with their debit cards, but they can resell commodities they do purchase for cash, which they can in turn use to purchase even more guns and ammunition. Apparently, that possibility never struck the minds of democrats proposing the legislation.

In other words, the Safer Neighborhoods Gun Buyback Act won’t decrease gun violence. Instead, it will strip the masses of their guns, and provide anyone who rigs the system with the means necessary to purchase more firearms.

Australia launched a similar program in 1996, after a gunman killed 35 people. The government purchased 650,000 firearms in a mandatory buyback program, including automatic rifles, semiautomatic rifles and shotguns.

Brain dead democrats like Hillary Clinton called the firearm buyback program a “good example” that “is worth considering.”

“The Australian government, as part of trying to clamp down on the availability of automatic weapons, offered a good price for buying hundreds of thousands of guns, and then they basically clamped down going forward in terms of having, you know, more of a background-check approach, more of a permitting approach,” Clinton said.

The National Rifle Association (NRA) noted that the penalties for not complying with Australia’s program are severe, and include public arrest, criminal conviction and a sentence of 12 months in prison.

The NRA is encouraging people to stand against the legislation and sign a “federal gun confiscation” petition.