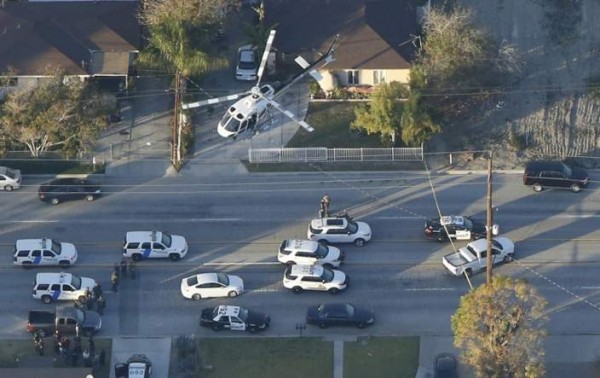 (NationalSecurity.news) The head of the U.S. intelligence community says that the Islamic State most definitely possesses the capability to launch a “Paris-style attack” in a major U.S. city, a claim which contradicts early statements made by President Obama and others within his administration.

As noted by the World Tribune, James Clapper, director of national intelligence, told CNN’s “Anderson Cooper 360” program that ISIS, which has carried out major attacks in Paris and Brussels, Belgium, in the past six months, could stage similar attacks on U.S. soil using local cells to strike in multiple locations.

“They do have that capacity,” Clapper said. “That’s something we worry about a lot in the United States, that they could conjure up a raid like they did in Paris or Brussels.”

The attacks in Paris in November left 130 people dead, while the March attacks on a Metro station and airport in Brussels killed 32 and injured 300.

Obama and his National Security Council have talked about the threats from ISIS in less stark terms. The president himself has said that “we, here in the United States, face less of a threat than in Europe.”

Still, as CNN noted, Obama added, “The Paris-style attack, the Brussels style attack is the challenge that we’re going to continue to face.”

That said, a number of Intelligence Community and Pentagon officials have been highly critical of Obama’s NSC, which is headed by National Security Advisor Susan Rice, for its obsession with micromanaging efforts to wage war against the Islamic State.

During his interview, Clapper said that ISIS would attempt to “either infiltrate people or incite people who are already here,” in referencing the December attack by terrorists in San Bernardino, Calif., adding, “we’ve already seen some cases of that.”

And ISIS leaders would not necessarily give directions for a specific target, Clapper said.

“That’s apparently not exactly their modus operandi. It’s more general, strategic guidance, and then let the local cell figure out how to achieve the objectives,” he said.

Homeland Security Advisor Lisa Monaco described ISIS as “opportunistic.” White House Chief of Staff Denis McDonough called it “present” — only able to prove its relevance through destruction and “by virtue of its nefariousness and threat.”

To Hillary Clinton, the Democratic presidential frontrunner, ISIS is “evil.” She described it as “an evil bunch of criminal thugs who hide in the cloak of religion to dominate” and seize territory, bank accounts, oil and oil production facilities.

But her “real plan” to defeat ISIS, which was posted to social media sites in March, was widely panned, World Tribune noted.