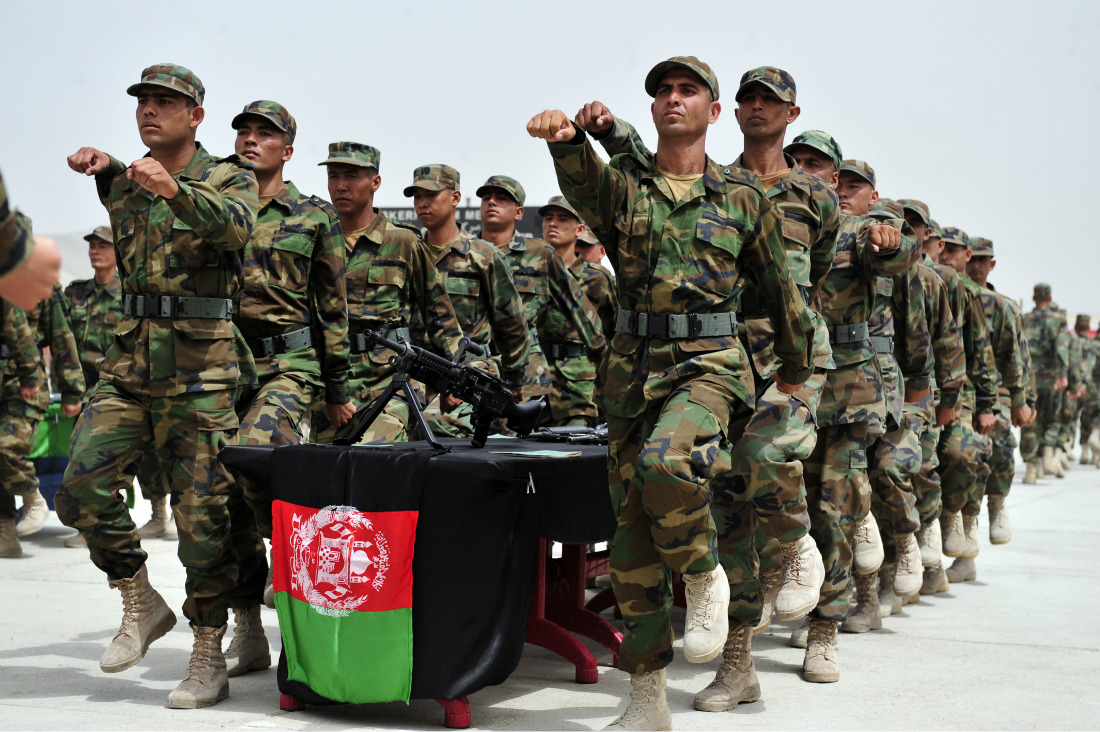 (NationalSecurity.news) Neither Washington nor Kabul have any idea how many Afghan National Defense and Security Forces (ANDSF) troops “actually exist,” are ready and available for duty and whether they can even defend their own nation, according to a top government watchdog in a report to Congress.

As reported by Breitbart News, the revelation comes as the U.S.-backed ANDSF – which is comprised of troops and police forces – fights to reverse recent gains made by resilient Taliban forces, as well as overall security deterioration throughout the country blamed on other groups like ISIS and al Qaeda, among others.

In its most recent quarterly report to Congress, the office of the Special Inspector General for Afghanistan Reconstruction, or SIGAR, says that data on the ANDSF’s total manpower is not known to either U.S. or Afghan defense officials.

“For years, the authorized strength of the ANDSF has been 352,000 soldiers and police. The ANDSF’s reported actual strength has at times approached that goal, but never reached it,” the watchdog’s IG, John Sopko, wrote in his agency’s 31st quarterly report, titled, “Force Strength Numbers Are Questionable.”

“More troubling is SIGAR’s assessment that neither the United States nor its Afghan allies know how many Afghan soldiers and police actually exist, how many are in fact available for duty, or, by extension, the true nature of their operational capabilities,” said Sopko. “For example, an infantry unit short of radio operators, mortar crews, medics, or reconnaissance scouts is not nearly as capable as one that is up to strength in those and other skill areas.”

After nearly 15 years of U.S. military training, along with an investment of tens of billions in taxpayer funds, Afghan defense and security forces still “face challenges,” the IG noted.

“Progress has indeed been delayed and uneven,” he reported. “Further, SIGAR has found many instances when U.S. funding dedicated to the ANDSF was wasted, whether inefficiently spent on worthwhile endeavors or squandered on activities that delivered no apparent benefit.”

SIGAR was appointed by Congress to keep tabs on the multi-billion effort to rebuild Afghanistan, Breitbart News reported.

About one year ago, SIGAR reported that there were numerous issues with ANDSF personnel, in particular a lack of reliable data regarding manpower, U.S.-funded payroll and overall capability.

In February, then-commander of U.S. and NATO forces in Afghanistan, Gen. John Campbell, told the Senate Armed Services Committee that Afghan security forces suffered from gaps in capability, especially in the areas of intelligence-gathering, aviation and weapons operations.

“Those capability gaps notwithstanding, I still assess that at least 70 percent of the problems facing the Afghan security forces result from poor leadership,” he testified.