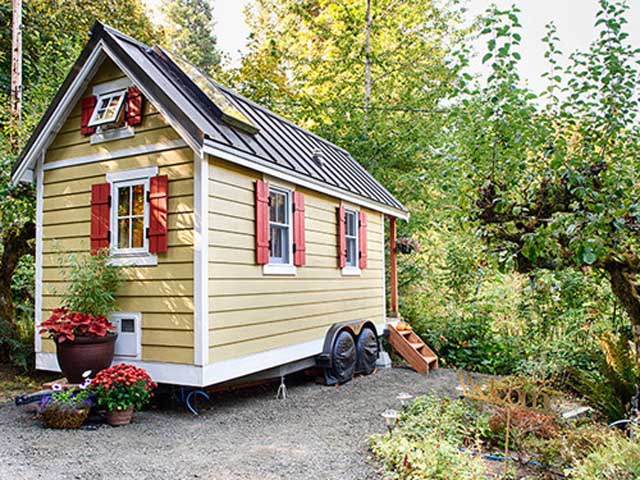 More and more the “land of the free” is becoming less so, as Americans of today enjoy far fewer freedoms and less liberty than our parents and grandparents did.

Everywhere liberty and freedom are under assault – by local and state governments, but also by the federal government, whose out-of-control bureaucracies have taken on a life of their own. And too few in Congress seem to care that their legislative authority has been whittled away as well.

As noted by recent reports, the federal government is now even targeting so-called “micro-housing” – small homesteads for off-the-grid living that authoritarians in D.C. are not prepared to ‘allow.’

For example, WAFF in Alabama reported in June 2015 that city officials in Huntsville banned a military veteran and his family from living off-grid; they were living within city limits and, as such, city authoritarians say they had the right to force them to hook up to electricity, claiming that their self-sufficient lifestyle was “unsafe.”

“We live out here off the grid, 100 percent self-sustaining,” Tyler Truitt said. “So I basically made all my utilities: I have my solar panels, I have my rainwater collection and stuff.”

For that, the city condemned the home where he and his girlfriend were living.

In another report, The Waking Times noted that some state governments were also moving to outlaw the collection of rainwater. “State laws have been set up in several U.S. States including Oregon, Utah, California, Florida, Colorado and Washington that prohibit the collection, or “diversion” of rainwater, including water that is falling on your own property and is to be used for your own private use or as an environmental conservation technique,” the website reported.

In a separate report, The Waking Times noted that the Obama administration may now be making a move to heavily regular or even ban the tiny house movement by granting the Department of Housing and Urban Development the power to require that tiny houses conform to standards of recreational vehicles – one of which said vehicles cannot be used or marketed for permanent living (as if this personal choice should ever be any of the federal government’s business).

HUD is seeking authority to regulate such tiny houses out of existence, essentially, or “turn it into a regulated industry by requiring that tiny homes be manufactured in factories, conforming to codified standards,” The Waking Times reported.

The tiny house movement is one of the latest innovations in personal freedom from an overly consumeristic and a debt-driven society. Many people construct tiny houses themselves, often but not always on wheels, for a fraction of the cost of typical housing. In a tiny home, one has everything needed  to live a comfortable life, but in a tiny space often less than a couple of hundred square feet. They park them in hospitable places and enjoy life without a mortgage and everything else you need to fill and maintain a big American house.

And again, this should be a personal choice, especially when people who choose this kind of lifestyle aren’t harming others or the environment. In fact, they may actually be giving the environment a break by not requiring a lot from our consumer-and-commodities driven society.

This proposed rule would modify the current exemption for recreational vehicles in the Manufactured Home Procedural and Enforcement Regulations. Under the current exemption, questions have arisen regarding whether park model recreational vehicles are regulated by HUD’s manufactured home program. These park models are being produced with patio roofs, screened in porches, and other extensions that exceed the 400 square foot maximum exemption in the current regulations. Additionally, some of these models are being marketed as suitable for year round living.

‘Year-round living’ in a tiny home? We can’t have that.

Meanwhile, micro-apartments, like those springing up in New York City, are just fine because, after all, it’s much easier to control people who live in big cities and are dependent on government- and corporate-controlled systems for their survival.

This rush to regulate tiny homes – which is a personal decision Americans, especially, should have the right to make – is just the latest example of a power-mad central government that has morphed into precisely the kind of entity our founding fathers rebelled against.