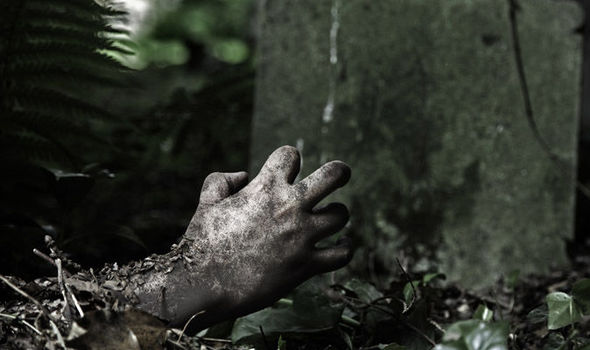 An unprecedented trial conducted by a U.S. biotechnology company is attempting to resurrect the clinically dead.

Bioquark Inc. has been granted permission to recruit 20 patients who have been declared clinically dead due to traumatic brain injury. The researchers will try to bring certain parts of the central nervous system back to life through a combination of innovative therapies, including injecting peptides into the spinal cord daily, injecting stem cells into the brain twice a week, transcranial laser therapy and nerve stimulation techniques.

Participants in the trial will be certified dead and kept “alive” with life support. Brain death is defined as the complete and irreversible loss of brain function. Brain dead patients are unable to breathe because their brain stem is nonfunctional, which is responsible for the rhythms of life like heartbeat and respiration.

A brain dead patient may be hooked up to a ventilator. The loss of brain stem function is regarded as permanent. However, recent studies have suggested some electrical activity and blood flow persists even after brain cell death, but not long enough to allow the entire body to function. By deploying these techniques and methods, the researchers hope to improve the patients’ pulse, blood oxygen saturation, blood pressure and respiration.

Over the course of several months, participants in the study will be monitored using brain imaging equipment to detect signs of regeneration, especially in the upper spinal cord. The researchers hypothesize brain stem cells may be able to transform from a mature state to an immature state.

Although breathing new life into dead cells may sound like science fiction, it is a process that can be found in nature. Salamanders, for instance, are able to regrow entire limbs, and the infamous immortal jelly fish is the only species in the world that can actually age backwards.

According to Dr. Ira Pastor, the CEO of Bioquark Inc., “This represents the first trial of its kind and another step towards the eventual reversal of death in our lifetime.

“We just received approval for our first 20 subjects and we hope to start recruiting patients immediately [in] from this first site – we are working with the hospital now to identify families where there may be a religious or medical barrier to organ donation.

“To undertake such a complex initiative, we are combining biologic regenerative medicine tools with other existing medical devices typically used for stimulation of the central nervous system, in patients with other severe disorders of consciousness.

“We hope to see results within the first two to three months.”

The quest for immortality

It’s much too early to declare whether resurrecting the dead is clinically possible. If the researchers are able to get the participants’ brain’ functioning again, however, it will be a major stepping stone in the quest for immortality.

“It is a long-term vision of ours that a full recovery in such patients is a possibility, although that is not the focus of this first study – but it is a bridge to that eventuality,” Pastor told the Telegraph.

Adding to these remarks, Sergei Paylian, founder and president of Bioquark Inc., noted:

“Through our study, we will gain unique insights into the state of human brain death, which will have important connections to future therapeutic development for other severe disorders of consciousness, such as coma, and the vegetative and minimally conscious states, as well as a range of degenerative CNS conditions, including Alzheimer’s and Parkinson’s disease.”