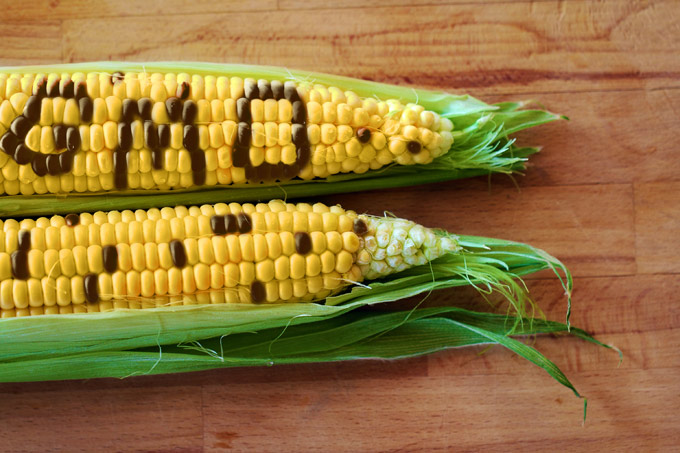 Proponents of genetically modified organisms (GMOs) argued that they could help reduce the use of pesticides, but history has revealed this to be anything but the case.

A thorn in corn

Rootworm is one of the most devastating corn pest species in North America. In order to combat rootworms, Monsanto developed Bt corn. Bt corn is genetically engineered corn with genes from the bacteria bacillus thuringiensis, lethal to rootworms, inserted into it.

Although Bt corn helped reduce pesticide use when it was first introduced in 1996, several farmers and scientists have found rootworms that are resistant to it. Originally, the rootworm was resistant to only one of three different types of Bt corn, but scientists have discovered resistance to a second variety too.

In an effort to address the problem, larger refugees with non-Bt corn need to planted. In addition, different crops need to be planted each year. Rather than learn from previous mistakes, however, Harvard and Monsanto scientists are using phage-assisted continuous evolution (PACE) technology to evolve new forms of the Bt toxin to combat Bt toxin-resistance in insects.

Typically, it takes a year to engineer Bt in the lab. With the use of PACE technology, however, Monsanto scientists will be able to manufacture it in a month. In fact, researchers already have. Harvard scientists recently produced new Bt toxins that had dozens of amino acid changes over 500 generations in a mere 22 days using PACE.

As these proteins evolve and become more diverse with the assistance of PACE, the researchers hope other scientists will use this technology to address problems caused by genetic engineering. It took PACE  just 22 days to change 500 generations, which would on average take a decade using traditional methods.

Bt resistance among insects will not be curbed by creating even more toxic forms of Bt corn. If Monsanto really wants to address Bt resistance, then they would be well-advised to plant more diverse crops without genetic ingredients. Of course, this wouldn’t boost the efficacy of their genetically modified seeds, which contain Bt, so the biotech shills have to figure out a way to make their seeds even more potent.

Making Bt corn even more toxic is a short-term solution to a long-term problem, which will creative more problems than it solves. In short: Bt is Bs.

Make sure that the food that you are eating is GMO free. Find out which foods are clean and healthy, visit FoodForensics.com.