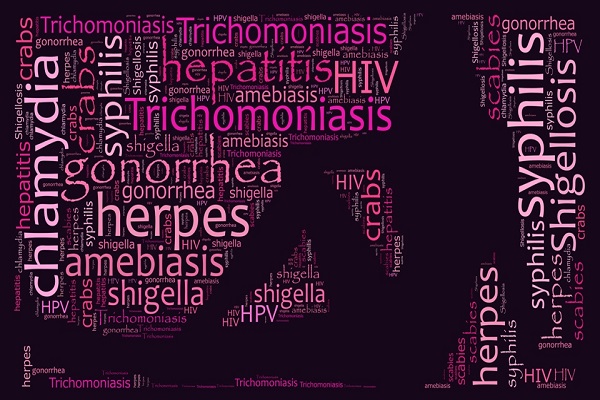 There’s been a war on the womb since Hawah (or as some may know as Eve) tasted the food she lusted after. There were no twitters tweeting carnal details, and narcissism hadn’t yet been cultivated as a lifestyle. Now there’s a new trend among twenty something women. They feel it’s incumbent to alert mankind as to their “status” concerning a contraction of a sexually transmitted disease. Sorta like a boon to a social resume when one proudly announces private HIPPA protected medical records. Four young females took the cue to shout their shared herpes virus out loud from the folks who sell fetal body parts. Not the best role model. The latter proclaimed similar headlines promoting no-stigma abortions. Salon reports:

“… Four women, who met because they all contracted herpes, began the campaign – which was patterned after Planned Parenthood’s #ShoutYourAbortion campaign. They started the #ShoutYourStatus effort to demonstrate unity and lessen the stigma that generally goes with having an STD.

“‘We felt like if people could dismantle abortion stigma by sharing their stories, we wanted to try the same tactic for STI+ [sexually transmitted infection] people. The #ShoutYourStatus hashtag is a place for STI+ people to share their status as a way to humanize something that so many people have, and to not feel ashamed,’ [participant Britini] de la Cretaz told Salon.”

Hmm. They were trying to “humanize something that so many people have.” Nothing is more human than doing anything that a man or woman wants to do. They call themselves feminists, whatever that means fifty years past bra burning. They proclaim a special status and want to dismantle the “stigma” of STDs. What does that mean? An absolution of guilt or shame, including the shame that leads to repentance, which has been the social force for righteousness for millennials. But in this latest generational batch of millennials, open sexual transmission is a burgeoning culture. What they don’t know is that they’ve been hoodwinked by the latest in a series of successive social cultural depopulation engineering schemes. The spiritual darkness lusts after zero population growth. Don’t worry about STDs. Have sex with robots instead. Or maybe animals. As in the days of Lot?

We are in a spiritual battle, with blatant ramifications in the physical world. Herpes can be painful, distressing and end a relationship, as any illness could. And, according to Millennial Magazine, STDs are exploding:

“Recent research has shown that more than half of all people will have an STD or STI at some point in their lives… Each year, one in four teens gets an STD/STI and by age 25, one in two sexually active persons will have one. The rise of STDs among young people is becoming a 50/50 chance.

“It is estimated that one in five Americans have genital herpes, a lifelong infection, [oregano oil can heal it, but the white coats don’t want you to know that] but almost 90 percent of those infected are unaware. Each year genital herpes is infecting almost 800,000 new victims, and some research even suggests that by 2025 up to 40 percent of all men and half of all women could have the disease.

“Another startling statistic is that less than half of adults ages 18 to 44 have ever been tested for an STD or STI apart from HIV/AIDS… If left untreated, many STDs can cause infertility or increase the risk of cancer.”

Using “feminism” to celebrate sexually transmitted diseases signifies the lie has indeed become truth. Hawah was told she was going to die, but that didn’t stop her from discarding the instructions. These millennial women were never given any instructions to begin with.