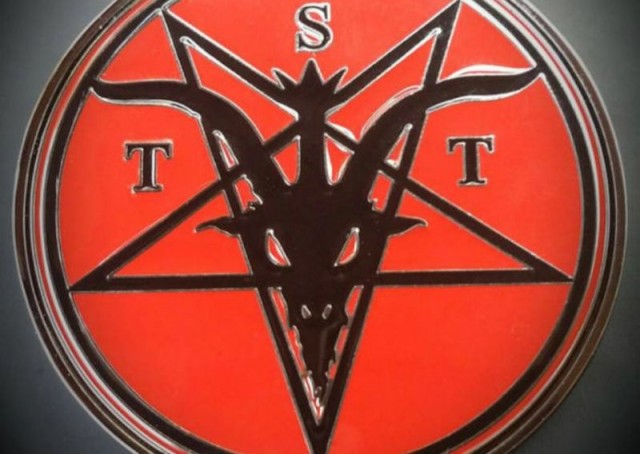 Satanism is on the rise in America and it’s starting to get political. The Satanic Temple (TST), a satanic political movement that first kindled in 2013, is seeking to bring about real political change by demonstrating how Christianity has an unfair advantage with the government compared to other religions.

TST believes the separation of church and state is being violated by radical right-wing Christian conservatives. In addition, they believe this violation could be overturned by the vast majority of people, but refrain from doing so out of disinterest.

Since its inception, TST groups dotted across the country have campaigned to widen the gap between church and state, arguing that Christianity has an unconstitutional relationship with the government. More to the point, TST wants to challenge the widely held belief that America is a “Christian nation.”  The group has performed a number of demonstrations to drive this point home.

For example, in 2013, the group held a rally in Florida which, on the surface, appeared to commend Governor Rick Scott for passing legislation that would permit students to read “inspirational messages” at school assemblies and sporting events.

The motivation behind the bill was to allow Christian students to provide public prayers and Bible readings. Because of the constitution, however, the bill couldn’t deem what kind of inspirational quotes were permitted and not permitted, like satanic messages from the Bible. As a result, the TST rally held up signs stating, “Hail Satan! Hail Rick Scott!,” according to an article published by The Conversation.

Debate wages as to whether TST qualifies as a legitimate religion. Although the group consists mostly of atheists, they have a shared set of goals, values and beliefs like other religions do. Currently, TST has 17 chapters in the United States and Europe, and purports to have approximately 100,000 members. This estimate is derived from the number of membership cards purchased and multiple support groups online.

TST is demanding to have the same rights and benefits as Christianity. In particular, the organization wants to have demonic books allocated at public schools, set up Satanic nativity scenes on government property, allow satanic prayers to be heard at high school football games and for a monument of Baphomet, an enigmatic goat head figure, to sit next to the Ten Commandments at the Oklahoma State Capital.

The future of TST

In many ways, TST is the heir to the “New Left” of the 1960s and such figures as Abbie Hoffman and Allen Ginsberg. Events like the “exorcism” of the Pentagon in 1967 demonstrated an understanding of ritual and semiotics: the strategic use of religious symbols could change what the Pentagon represented to the public.

But the New Left also intentionally straddled the line between prank and sincerity in order to draw media attention to their cause. It is contested today what effect the New Left actually had toward the goal of ending the Vietnam War and it is similarly unclear what effect TST might have on America’s political center of gravity.