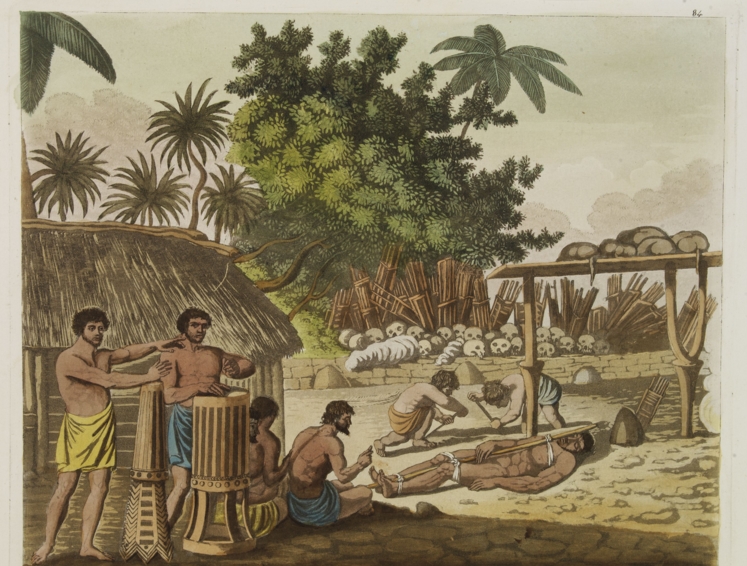 Though gruesome and barbaric, it wasn’t long ago when humans sacrificed other humans. This type of heinous behavior wasn’t exactly rare, either. Researchers theorize that some ancient societies routinely practiced ritualistic killings in order to suppress members of the lower social class, casting upon them a wave of paralyzing fear that they could be next.

After reviewing the history of more than 90 cultures that once existed across Asia, Oceana and Africa, scientists speculate that human sacrifice helped establish authority among society’s elite, as well as aided in the creation of class-based systems.

Human sacrifices, orchestrated via drowning, bludgeoning, strangulation, burning, decapitation, and being crushed beneath a newly constructed canoe, are believed to have helped maintained these class-based systems.

The Austronesian people, believed to have first originated on the island of Taiwan, are thought to have used human sacrifice “as the ultimate punishment, for funerals and to consecrate new boats,” according to the Daily Mail.

The victims of human sacrifice were almost always members of the lower social class, such as slaves, while those carrying out the sacrifices tended to be members of the elite, including priests, chiefs and other individuals with a high-ranking social status.

Researchers suggest such killings were executed as justification for political conflicts, social catharsis and even cannibalism. Interestingly, these types of killings took place among a wide range of cultures spanning various environmental and social structures.

“Austronesian cultures have been described as a natural laboratory for cross-cultural research due to the diversity of environments they inhabit and cultural features they have evolved,” researchers wrote in their report, published in the journal Nature.

Shockingly, 25 percent of egalitarian societies studied by researchers were found to have participated in ritualistic killings; egalitarian cultures are uniquely marked for having widespread equality in terms of wealth, power and prestige.

Less surprising is the observation that societies with complex civil governments also orchestrated such killings. These groups, identified as highly stratified societies, practiced ritualistic killings in 67 percent of cases reviewed by scientists.

“They said it also promotes a shift to strictly inherited class systems, so that people of a high social class will continue to stay important over time, because of ritualistic killing,” reports the Daily Mail.

“While there are many factors that help build and sustain social stratification, human sacrifice may be a particularly effective means of maintaining and building social control because it minimises the potential of retaliation by eliminating the victim, and shifts the agent believed to be ultimately responsible to the realm of the supernatural,” researchers said.

“In traditional Austronesian cultures there was substantial religious and political overlap, and ritualised human sacrifice may have been co-opted by elites as a divinely sanctioned means of social control.

“Unpalatable as it might be, our results suggest that ritual killing helped humans transition from the small egalitarian groups of our ancestors, to the large stratified societies we live in today.”