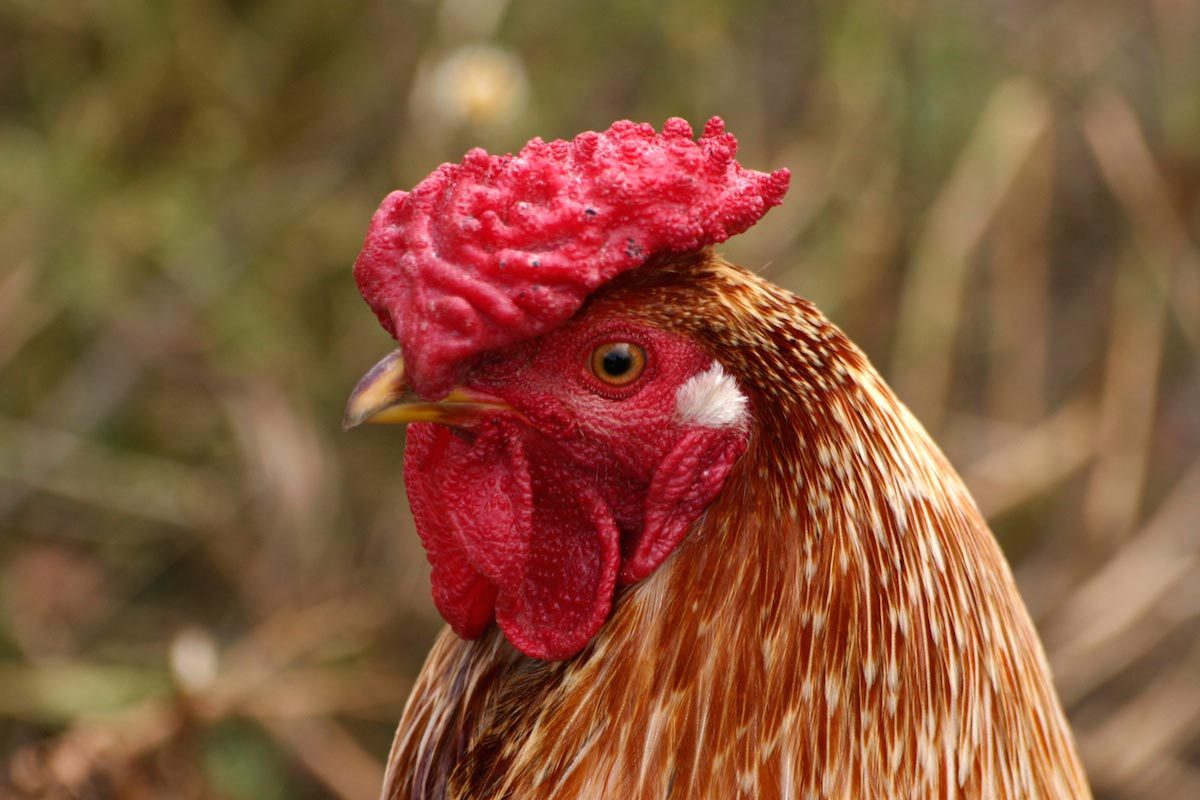 (Homesteading.news) If you’ve got plenty of room for your flock of chickens to roam around in then this article isn’t for you, but if you’re space-limited and you’ve got a problem with your backyard chickens staying in your back yard, then read on.

Clipping your chickens’ wings is the best way to keep them local (as in, on your property) and to prevent any problems with neighbors who have asked you repeatedly to keep your flock out of their yards.

“The idea behind clipping is that it prevents your chickens from being able to get lift when trying to fly,” says LivingHomeGrown.com. “Granted, a chicken doesn’t fly much anyway because their body mass prevents them (in most cases) from getting more than a few feet off the ground. But lighter breeds can fly over six feet high. And even within the heavier breeds, you can always have a few birds with enough determination and wing strength to get high off the ground.”

Now, before you grab scissors, you need to know whether your chickens will ever have to deal with predators – they would need their full wingspread to be able to do that. And remember, a predator doesn’t have to just be a wolf or fox; it could also be a neighborhood dog or cat. Without a rooster to provide hens with some protection, their only defense is to fly away.

Also, you should never clip the wings of chickens that are out in the open – like a pasture or field or an unfenced yard.

But if your chickens are really confined within a small space like your backyard, they shouldn’t ever have to fly at all. So clipping in this instance is entirely appropriate. Note: Clipping is not a full guarantee that all of your chickens will be grounded; some will still have the desire and ability to get over a fence.

You should know that, when done properly, clipping a chicken’s wings does not hurt them – it’s rather more like trimming your fingernails. What’s more, you should only have to clip once a year or after a molt (sometimes during a molt the clipped feathers don’t fall out well, so keep an eye out for that).

Some additional things to note:

— You’re only going to clip ONE wing, not both sides. Clipping just one side will throw the chicken off-balance. Even if they flap hard enough to get a little lift, they won’t be able to control themselves. If you clip both sides, some chickens will still manage enough lift to fly over fences and such.

— Get a friend to help you. It’ll be easier on you and the chickens.

— You have to be careful where you cut because there ARE blood vessels and bone in wings. You only want to cut the primary feathers (as shown below).

— Gently fan the wings so you can clearly see the primary and secondary wings.

— Clip the primary feathers only as far back as the next level of feathers. NO SHORTER! 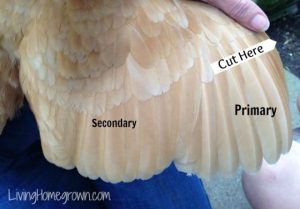