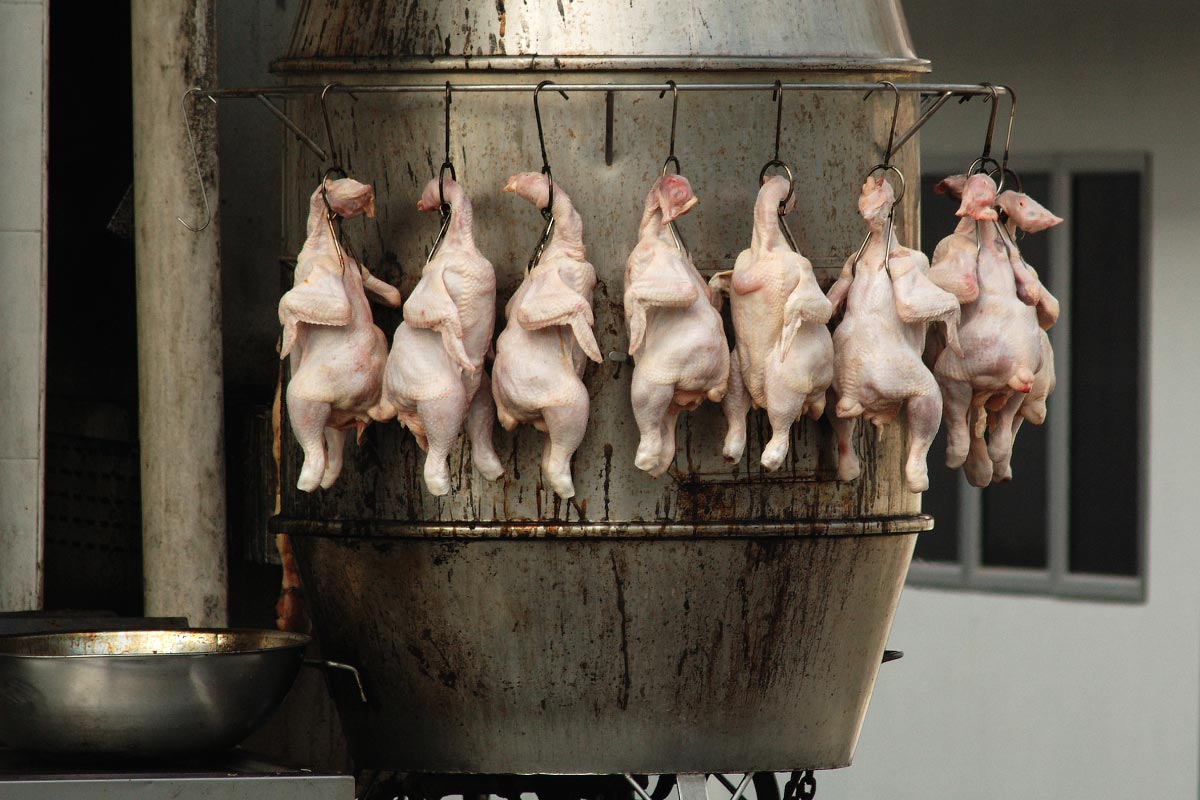 The U.S. Department of Agriculture, like a number of other federal agencies whose duty it is to ensure your health, safety and well-being when it comes to food, drugs and the environment, has proven time and again that it is more beholden to political special interests than the general public it was established to serve.

In the fall of 2013 the agency was in the process of attempting to force through a new “modernization” rule for conventional (read corporate-owned) poultry production that would result in the elimination of a large portion of USDA inspectors and speed up the production process.

In addition, existing safeguards – which were minimal at best – would have also been greatly diminished, allowing for additional hidden feces, pus, bacteria and chemical contaminants to remain in processed chicken and turkey products.

Though salmonella rates in meat and poultry products had been steadily declining for years in the U.S., about the same numbers of people were nonetheless becoming infected with the pathogen every year anyway. The principle cause for the statistical anomaly, many believed, was that the testing methods in place then, which had been authorized by the USDA for meat and poultry, were not very adequate and were outdated to the point they were unable to detect the presence of contaminants that reside routinely in factory farm and processing operations.

But the set of guidelines that were being proposed by the Agriculture Department would have actually made the problem worse because they would have allowed companies to self-inspect, almost guaranteeing abuse of the process. Furthermore, the rule changes would have permitted producers to use an even more aggressive concoction of chemicals to treat tainted meat before being allowed to sell it to consumers.

While the rule changes would have been great news for producers – allowing them to cut costs by about a quarter-billion dollars per year – it would not have been good news for consumers who very probably would have been subjected to more toxic chemicals and pathogens.

It all sounds so – irresponsible and crazy, right? Why would you let an industry self-inspect?

Fast forward to 2014. As reported by Salon, that’s exactly what the USDA did:

In the old system, Food Safety and Inspection Service (FSIS) officials were stationed on poultry processing lines to check birds for visible problems, like abscesses and sores, as well as for feces they may have carried over from the factory farms (or as the USDA calls it, “quality assurance”). Now, that responsibility is being (voluntarily) handed over to the plant operators, as the agency plans to phase out 770 USDA inspectors, a move that will save it an estimated $90 million over three years.

Now, the USDA was not able to win approval of its rule change to allow a speeding up of the inspection process, from 140 birds a minute to 175. Food safety advocates, members of Congress and others quashed that. However, the poultry industry was then, and remains, one of the most dangerous in terms of the actual poultry production and food safety. Salon noted that about 1 million chickens and turkeys are boiled alive each year on the assembly line because production lines move too quickly for them to be properly slaughtered.

All of this just begs for a food revolution, does it not? Thankfully, there is one approaching.

Organizers of the 5th Annual Food Summit Revolution, which begins April 30 and which you can register for and attend online for FREE, understand completely how desperately the world is in need of a food revolution. They know that pesticides, hormones, antibiotics, GMOs, and untested chemicals are spreading like a virus through our food supply. They know that the health of your family and friends, as well as our planet, is at risk.

If you want to get informed and empowered, and if you want to find out how you can prevent heart disease, cancer, diabetes, fatigue, poor sleep, and other health challenges — with food, then sign up now for FREE to attend the Food Revolution Summit by clicking here.