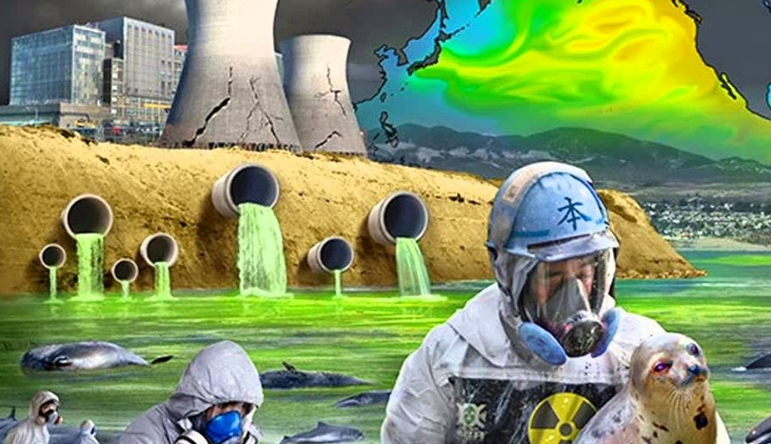 Although Japan is one of the most densely populated countries in the world, the population at the Fukushima Prefecture is shrinking. Ever since a tsunami decimated the Fukushima Daiichi power plant in 2011, more woman have fled the Prefecture than men, causing the remaining population to dwindle.

According to national census figures released on Christmas, the Fukushima Prefecture’s population has declined by 5.7 percent since 2011, spurring an unprecedented drop and gender gap in some regions.(1)

The rapid decline is primarily due to ongoing evacuations more than four years after the initial catastrophe, based on preliminary estimates provided by the prefectural government.

The Fukushima prefecture has lost 39,715 men and 75,743 women, a drop of 4 percent and 7.3 percent from 2010 respectively. The gender difference in the prefecture is believed to be in part due to efforts to clean up the power plant, which mostly attracts male workers.(1)

The prefectural government believes the dwindling population is “attributable to a considerable number of people who have evacuated to places outside Fukushima Prefecture.”

Don’t let a social collapse in a neighborhood near you catch you off guard with collapse.news powered by Fetch.news.

With regards to the gulf between male and female populations in some areas, a spokesman said, “I assume that most of the workers who relocate themselves to these municipalities for the purpose of carrying out work related to nuclear power plants and reconstruction efforts are male, but many of the evacuees are female.”(1)

The national census estimates are the first figures to be released by the prefectural government since the 2011 Fukushima disaster. As of October 1st, the prefecture’s population clocked in at 1,913,606, which was down 115,458, or 5.7 percent, from the last census in 2010.(1)

Approximately four out of the six towns and villages where entire populations were evacuated remain completely vacant. These include Okuma and Futaba, which co-host the nuclear facility, and areas close to Tomioka and Namie.

A mere 18 people have returned to their homes in the village of Katsurao in wake of the original evacuation. They are registered as temporary residents. Meanwhile, the central government is trying to make their resettlement permanent. Katsurao’s evacuation notice is expected to be discontinued next spring.(1)

Despite some evacuation notices being lifted, many people, primarily Fukushima mothers, are reluctant to return home due to fears of radiation and a spike in thyroid cancer rates among children. The city of Naraha, for instance, had its evacuation order lifted last September. Nevertheless, only 976 people live in this area, which is down 6,724 people, or 87.3 percent, from 2010.(1)

Many mothers who fled with their children left husbands behind who couldn’t leave their jobs. As a result, communities have labeled these women as being disloyal to their husbands.

The government helps evacuees with homes that fall within the 20 km wide zone. They provide free accommodation and a monthly stipend. Unfortunately, people outside the zone who voluntarily leave do not qualify for government aid.(2)

These population estimates are based on the number of people living in the prefecture since October 1st, regardless of whether they registered as local citizens. In regions where entry is prohibited due to toxic levels of radiation from the nuclear facility, municipal employees and police officers were utilized to poll the population for the survey.