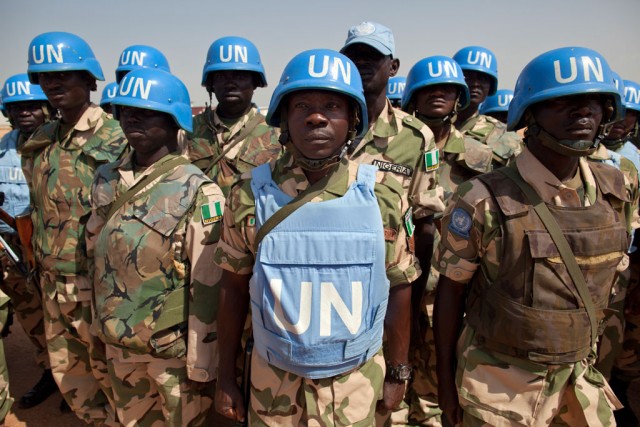 The United Nations’ personnel and peacekeeping forces have a problem, in that they can’t seem to keep their sexual desires to themselves.

As reported by Fox News, UN personnel, which includes peacekeepers in 10 UN missions the world over, were involved in 99 new allegations of sexual exploitation and/or abuse in 2015, or about 25 percent more than in the previous year, according to an annual report about the issue from UN Secretary General Ban Ki-moon.

The not-so-small increase in incidents following years of a Ban-led “zero tolerance” campaign against such activities, the report flatly states, means “that more needs to be done to reduce the number of allegations, and more importantly, the number of victims affected.”

It should be noted that the full victim tally is absent from the 38-page report, Fox News noted.

That conclusion will hardly come as a surprise to a growing array of critics that has included some of the UN’s own internal investigators, and an independent panel that last December castigated specific UN senior officials for their inaction and even cover up of sexual abuse allegations against non-UN troops under a Security Council mandate in the Central African Republic.

This latest report says that the Central African Republic review is “outside the scope of the present report,” which means that the lapses by UN officials, among other things, are not discussed.

What is also not discussed is the main point of the review, which is that sexual abuse in such circumstances – and reviewers included the UN in this – should be a human rights abuse that demands immediate action instead of a potential criminal matter that is subject to the UN’s arcane internal justice process.

Several times in the past critics have complained about a “culture of silence” within the global organization regarding the issue of sexual abuse, having raised, loudly, demands that reforms be implemented, though none have thus far.

Ban’s current report, like earlier, similar reports, states that only a handful of cases have been substantiated, something critics blame on the UN itself, or the peacekeepers deployed and the countries that send them, because they investigate themselves.

Still, Ban’s current report offers some bold measures when compared with earlier versions, such as identifying the nationalities of peacekeepers and police alleged to have committed sexual offenses. The most frequently-mentioned country is the Democratic Republic of Congo, followed by South Africa and Morocco. The report states that the so-called name and shame details will be published soon on the UN’s web site.

In February the world body announced it would be sending about 120 of its Democratic Republic of Congo peacekeepers packing from the Central African Republic. Also, the UN Secretariat says it is accelerating measure to provide training programs to battle sexual abuse; working to install “immediate response” units within peacekeeping missions to collect evidence and data; and pushing to force countries supplying peacekeeping troops to move more quickly in investigating allegations of sexual abuse or assault, or give the job back to the UN to handle.

It further hails a measure Ban has already taken, the appointment of a  temporary special coordinator to improve the UN’s  performance on dealing with sexual abuse.

But the same Ban report reveals that even the more substantial reform effort, it says, focuses more on “accountability and transparency” in dealing with sexual abuse problems. These problems are still most often tied up in bureaucratic red tape that involves lengthy consensus building, requires elaborate consent and action by UN member states, and are also chronically short of funds, especially when it means helping out usually poor and powerless victims, many of whom are under age.