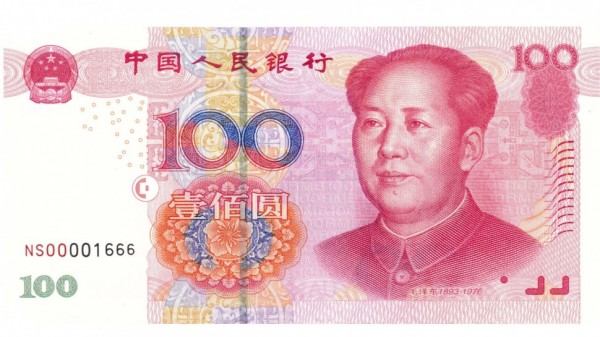 Is the end of the U.S. dollar, bolstered largely by the petroleum industry, ebbing? A number of economists and other financial observers and experts agree, and they think that the Chinese yuan is poised to replace the dollar, like the dollar replaced the British Pound Sterling in the last century.

As noted by Zero Hedge, two pictures tell the story of the fall of the petrodollar and rise of the yuan (see them here).

Most Americans are likely not aware of a couple of things regarding the dollar – that it is the world’s “reserve currency,” and that once it is no longer such, Americans’ economic position in the world is going to change drastically, and not for the better.

“Two topics we’ve deemed critically important to a thorough understanding of both global finance and the shifting geopolitical landscape are the death of the petrodollar and the idea of yuan hegemony,” Tyler Durden at Zero Hedge wrote.

In November 2014 Durden also noted that the demise of the petrodollar was quietly underway and that few were noticing:

Two years ago, in hushed tones at first, then ever louder, the financial world began discussing that which shall never be discussed in polite company – the end of the system that according to many has framed and facilitated the US Dollar’s reserve currency status: the Petrodollar, or the world in which oil export countries would recycle the dollars they received in exchange for their oil exports, by purchasing more USD-denominated assets, boosting the financial strength of the reserve currency, leading to even higher asset prices and even more USD-denominated purchases, and so forth, in a virtuous (especially if one held US-denominated assets and printed US currency) loop.

The site noted that the driver for the shift away from U.S. dollar primacy, even if mostly in the alternative media, was that as Russia, China and the rest of the BRIC nations (Editor’s note: Those are Brazil, Russia, India and China, which are all at essentially the same stage of newly advanced economic development) are in the process of trying to change the world from a unipolar planet dominated by the U.S. and the International Monetary Fund. Those who see the shift noted further that what is increasingly likely to happen is that global trade would take place via bilateral agreements that bypass the petrodollar completely.

“And sure enough, this has certainly been taking place, as first Russia and China, together with Iran, and ever more developing nations, have transacted among each other, bypassing the USD entirely, instead engaging in bilateral trade arrangements,” Zero Hedge notes.

For the first time in almost 2 decades

The dramatic decline of oil is hastening the petrodollar’s demise. While good for consumers, the nations whose economics rely almost exclusively on the export of oil – Saudi Arabia, UAE, Iraq, Iran and others in the Arab Gulf region – are hemorrhaging cash reserves because they cannot afford to support their government-subsidized infrastructure. In fact, beginning in 2014 OPEC nations began draining liquidity from global markets for the first time in almost 20 years.

But now, finally, traditional media outlets are beginning to understand the pattern taking place – and the implications of the pattern on geopolitics.

As Reuters reported in November:

Russia and China intend to increase the amount of trade settled in the yuan, President Vladimir Putin said on Monday in remarks that would be welcomed by Chinese authorities who want the currency to be used more widely around the world.

…Spurred on by their often testy relations with the United States, Russia and China have long advocated reducing the role of the dollar in international trade.

Curtailing the dollar’s influence fits well with China’s ambitions to increase the influence of the yuan and eventually turn it into a global reserve currency. With 32 percent of its $4 trillion foreign exchange reserves invested in U.S. government debt, China wants to curb investment risks in dollar.

“The economy would collapse due to the loss of our #1 export: the dollar,” notes Nate Anderson, CEO of ClaritySpring, hedge fund transparency.

“Hyperinflation would occur which would decimate the American population. Wages and pensions would not respond to rising prices,” added Andrew B. Brown, a monetary theorist, trader, and ex-software developer, on the Quora.com blog.