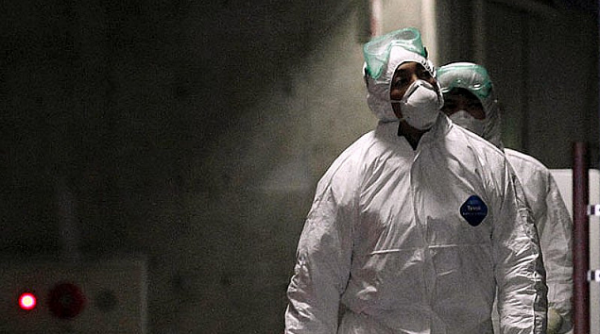 Nuclear gypsy isn’t an occupation that can be found in a college pamphlet, but it is a real job present in the lowliest sector of Japan – the Fukushima Daiichi power plant.

In March 2011, a tsunami off the coast of Japan swallowed the Fukushima Daiichi site, causing three nuclear reactors to melt to their core. In an effort to cleanup the disaster, lowly contract workers, otherwise known as nuclear gypsies, were recruited.

Nuclear gypsies tend to be paid minimum wage and are exposed to toxic levels of radiation. In many cases, nuclear gypsies don’t know where they will be sent or what dangers may be present.

A history of nuclear gypsies

Temporary contract workers aren’t exactly new. The nuclear industry has relied on nuclear gypsies since the construction of nuclear facilities first took flame in the 1970s. Both then and now, the job attracts the lowliest segments of society. They receive little on-the-job training and are regularly exposed to toxic environments.

In wake of the Fukushima disaster, the Tokyo Electric Power Company (TEPCO), sought help from major construction and maintenance organizations. These firms ended up hiring around 600 contractors with different levels of expertise and experience.

Since so many contractors have been hired, most of which are male, many worry that safety protocols pertaining to health are being ignored. In particular, multiple nuclear gypsies have attested that their health was jeopardized – not because of radiation exposure – but because of wearing masks, goggles and protective suits wrapped around their body for hours on end.

“Radiation doesn’t bother me, but I am worried about falling ill because of the heat,” a 34-year-old nuclear gypsy told the Guardian. “It is unbelievably hot inside those suits. I know of several people who have been taken ill on the job,” he added.

It should come as no surprise that tourism has diminished to only a handful of souls brave enough to visit the area.

TEPCO and the Japanese government have also been accused of not providing contract workers enough food and water. Lunch typically consists of a bag of rice and curry, water or tea, and a jelly-like vitamin supplement.

“But there is not enough room to get your head down for an hour during breaks,” Ariyoshi Rune, a nuclear gypsie, told sources. “That said, there are more toilets and drinks and more space for relaxing.”

Although the Fukushima disaster happened more than four years ago, nuclear gypsies are still hard at work. TEPCO has a bad history of denying any sort of link between radiation exposure and various illnesses. Back in October, however, the company acknowledged for the first time that radiation was responsible for a former worker’s cancer.

More than 100,000 people are still displaced since the disaster. Cleaning up the power plant will take decades and cost billions of dollars. This mean that it’s safe to say nuclear gypsies will have plenty of work to do in the coming decades, but not work that is safe itself.

To learn more about nuclear gypsies, check out the video below.