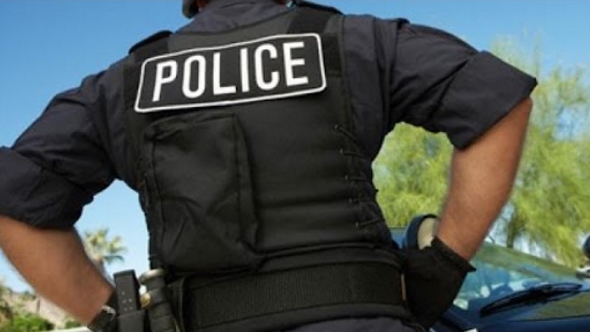 Chief U.S. District Judge Kurt Engelhardt set aside their earlier convictions after a misconduct scandal erupted over online comments made by federal prosecutors.

The case stems from events that occurred on Sept. 4, 2005, when the officers were called to the Danziger Bridge to investigate a report that other officers had come under fire.


Days earlier, the worst of Hurricane Katrina had missed New Orleans, but a subsequent failure of a levee that inundated the city, bringing misery to millions of residents.

The officers arrived at the bridge in a large Budget rental truck and encountered six unarmed individuals who were trying to get to a store where they could buy food and other items.

According to the original indictment against the officers, the policemen opened fire on group, killing one person and injuring several others.

The officers then moved to another part of the bridge, where they shot at two other people, including a 40-year-old man with severe disabilities.
A state investigation ended with no finding as to the guilt or innocence of the officers in the shootings, and the matter was turned over to the FBI.

Two other officers, including Sgt. Arthur Kaufman were charged with conspiracy to obstruct justice and making false statements.

On Sept. 17 2013, Engelhardt granted five of the officers a new trial on the basis of “grotesque” misconduct on the part of prosecutors.

In his 129-page order, the judge slammed prosecutors for posting comments on the Nola.com website disparaging defendants in several critical cases.

After an investigation of the misconduct allegations, Engelhardt concluded said he findings illustrated “the diseased root that unfortunately casts an ineradicable taint on these convictions.”

Bowen, Gisevius, Faulcon, Villavaso and Kaufman appeared in New Orleans Federal Court on Wednesday for a re-arraignment and sentencing.

During their court appearance, the officers said they would plead guilty under an agreement that would have them released from prison in the next one to six years.