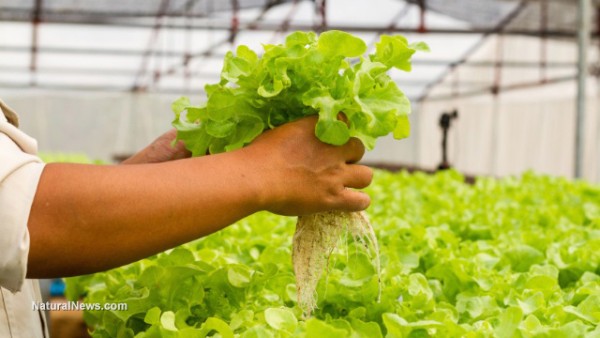 A new federal government program seeks to indoctrinate the next generation of farmers into believing that everyday humans are somehow responsible for causing irreparable climate change and global warming – and these charlatans are using your tax dollars to do it!

The U.S. Department of Agriculture (USDA) has awarded a $150,000 grant to North Carolina State University (NCSU) in Raleigh, North Carolina, for use in “educating” budding agronomists into the cult of man-made climate change. The goal is to convert questioning skeptics, who by and large see climate change hysteria as agenda-driven propaganda, into obedient drones.

As a general rule, level-headed folks from all walks of life, not just agriculture, unilaterally reject the myth of man-made climate change. If anyone is inflicting serious harm on the planet, many of them say, it’s globalist industries like chemical agriculture and the military-industrial complex, not Joe and Jane Doe driving their petroleum-reliant vehicles around town.

Such common sense reasoning doesn’t jive well with the social engineers, who want everyone to buy into the idea that common human activities like driving your children to school and eating meat are somehow responsible for destroying the ozone layer, the oceans, and air and water quality. So they’re now spending the big bucks to brainwash your children.

The grant goes a step further in indicting the agricultural community at large, which operates insularly when it comes to knowledge and practice. Farmers largely pass down their beliefs and understanding about the world from generation to generation, with minimal influence from outsiders pushing Marxist ideologies like global warming.

This is a problem for those pushing the climate change agenda, as farmers are the backbone of a nation’s food supply, and thus the nation at large. If farmers refuse to tow the line of climate change hysteria, than so will many others who respect what these custodians of the land, with firsthand experience of how the climate works, believe to be true.

“Reaching agricultural audiences can be challenging because worldview-driven biases can prevent agricultural professionals from engaging in adaptation or mitigation efforts,” is how the grant puts it.

“Providing worldview-compatible climate curricula to K-12 agricultural classrooms may be a key strategy. Agriculture teachers have considerable influence over future agricultural and natural resource professionals, and adolescents may be less susceptible to worldview-driven biases.”

What the USDA is actually saying, here, is that farmers tend to believe what their parents, siblings, neighbors and others in their local communities believe and pass down to them. They aren’t easily swayed by government propaganda, and thus need to be forcibly reeducated by government lackeys in order to overcome this “worldview-driven bias.”

In order to make this happen, the USDA is funding new curriculum that it will “integrate” into the normal agricultural curriculum being taught at NCSU. And in the course of just two years, the agency plans to indoctrinate some 2,000 high school students into the climate change cult.

“The Soviet Union use [sic] loud speakers to promote socialism and the common good—their version,” notes California Political Review. “It forced kids into indoctrination camps—not even pretending they were schools. Looks like Barack Obama is in the Stalin mode—if folks disagreed [sic] with you, you must force them to change their opinion—with their own tax dollars.”