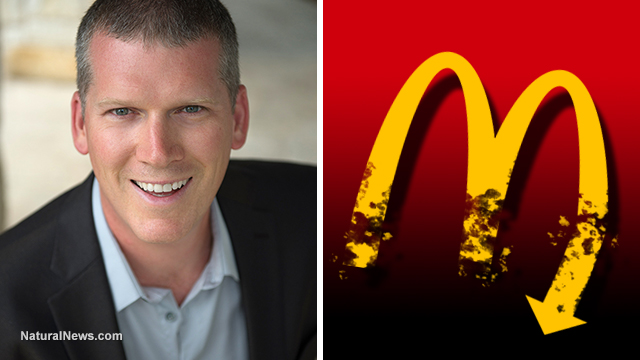 Fast food giant McDonald’s is on the brink of collapse, if the claims of its own franchisees are any indication of what’s about to happen in the near future. “We are in the throes of a deep depression, and nothing is changing,” one franchisee wrote in response to a recently conducted survey on the fast food chain. “Probably 30% of operators are insolvent.”

Mike Adams, the Health Ranger, attributes the fast food giant’s imminent collapse to its rampant use of genetically modified ingredients, which shows no signs of stopping, despite a growing clamor against it. Will McDonald’s finally clean up its act? Or will it continue to tumble into insolvency?

Listen to the Health Ranger’s full commentary below, and check out HealthRanger.news to learn more: