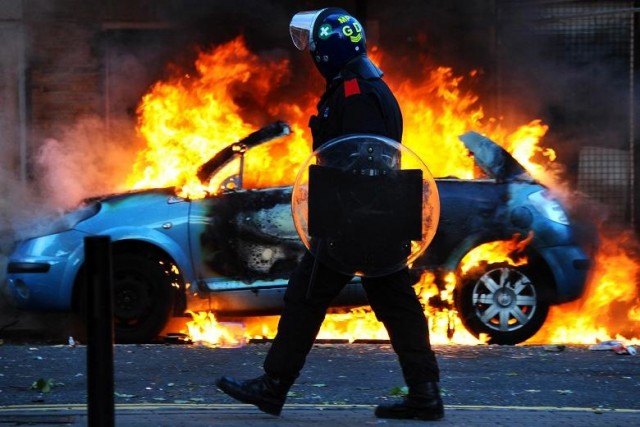 (Bugout.news) Of all the “nightmare” scenarios that are entirely plausible – not the far-out conspiracies, but situations that could actually happen – the one that most unsettles people is loss of the nation’s power grid.

Whether that loss occurred due to a cyberattack, massive grid failure due to overuse, or the worst of this worst nightmare – loss from a massive solar flare or EMP attack, which would literally take years to recover from – life without electricity will quickly become deadly.

Consider what is occurring daily now in the socialist ‘paradise’ of Venezuela. Throughout the country, power outages are so common that some villages and cities only have it for a short time each day. Outages are very common at night, and that’s when the trouble starts: Without power and lighting, crime has soared.

Think about what happens in the United States immediately after major cities lose power: There is widespread looting and other criminal activity; anyone caught on the street is in danger of being robbed and killed; police and emergency services are so overwhelmed they don’t even respond to many calls for help because they just don’t have the personnel. And all this after just a few days without power. Extrapolate that out several months or years and you can begin to see just how nightmarish life would become.

Quickly, indeed. Based on various experts whose opinion we culled, this is some of what we can expect immediately following a massive outage of power, especially once people begin to understand that the problem won’t be fixed anytime soon:

— You can count on the fact that widespread looting will begin, and it is even likely to include people who would have otherwise never stolen a thing in their lives. With that said there is one caveat: It’s entirely possible that the bulk of looting will be, oddly enough, electronics stores and places were people can steal “stuff” – but if you’re planning on getting while the getting is good (which, honestly, you shouldn’t have to because you’re already prepared for this – right?), try a food store. Looters en masse will eventually get around to figuring out they need to secure their next couple of meals at least, and you’re likely to encounter some people already at the grocery store, but the mindset most people have is that the power will be back on soon so “stuff” is a priority over food.

“Once you get past about 500 people [in a city], it really becomes unmanageable, especially with no radio communications and no phones to think that you can pull together as a community,” Rawles says. “Once you lose that sense of community, it’s basically every man for himself. I think people will go kind of Mad Max in an absolute worst case with the power grid down.”

— The time of year will matter. If it summertime, lack of electricity will create a number of health crises – heat stroke, people consuming food that rotted without them realizing it, the spread of disease among rotting corpses on the street (and there will many), and so forth.

“If it were to happen mid-winter we’d actually see more people dying of exposure, dying of the cold, than we would of dying of disease, especially in the Eastern United States and the Northeast,” Rawles says.

“It doesn’t take too long a period before blankets are insufficient – people don’t have any alternate source of heat they’ll be freezing to death in large numbers. Then what happens in the next spring when everything thaws out? Then you have a really big public health crisis because not only are you worried about human waste – you’re also worried about thousands upon thousands of unburied bodies.”

— When the electric grid goes down, it means there won’t be any running water shortly thereafter. So knowing where to get clean water, having your own water supply, or having the ability to sanitize it is vital.

— As mentioned above, food will be pretty much cleaned out within an alarming short period of time. This is what makes your long-term storage food supply so vital. [And oh, by the way, are you prepared to defend it or, if you can’t, do you have a bugout plan?]

— The “Internet of things” will become a quaint, historical slogan.

— Emergency services will be quickly overwhelmed and may disappear altogether. Police – those who even show up to work – will be outnumbered and outgunned. The same will be true for available National Guard soldiers (again, those who report for duty – many won’t because they won’t want to leave their families). Some Guard and Reserve may hole up at armories because they have arms, food, water and shelter – but they will eventually be besieged with masses of people looking for assistance. The same will be true of fire and police stations.

— Scores of patients in hospitals will die, the most critical first. Hospital staff will begin to decline steadily as well, as more doctors, nurses and support personnel – figuring they’re not going to be paid anyway – will abandon posts in what will become a vain attempt to survive. Some will remain behind, but only as long as the food, water and medicines last.

In short, life as we know it will cease to exist. In fact, government officials and experts have said that as many as half of all Americans – roughly 155 million people – would die within two weeks without power.

And honestly, this could happen at any time. Are you ready?

Bugout.news is part of the USA Features Media network. Follow us on Google+.