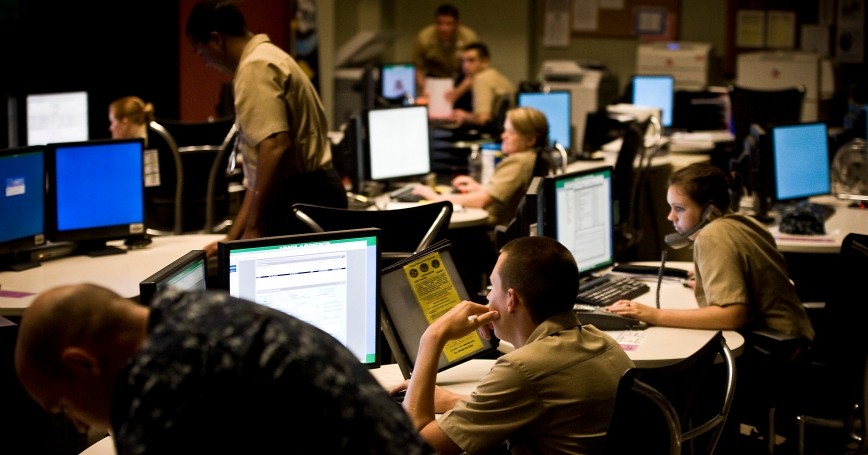 (Cyberwar.news) President Barack Obama has confirmed for the first time that the United States is conducting cyber operations against the Islamic State in a bid to disrupt the group’s “command-and-control and communications,” The Daily Beast reported earlier this week.

That said, the U.S. military’s cyber strategy against ISIS is far more serious and aggressive that what the president said in a non-specific statement April 13. A trio of U.S. officials have told The Daily Beast that U.S. cyber operations have gone beyond disruption and into a new, more assertive mode that targets individuals, while gleaning intelligence that could assist special operations forces with targeting and killing more ISIS fighters.

As the online offensive against the Islamic State ramps up, U.S. military hackers have begun breaking into computers of individual ISIS fighters and, once inside, are implanting viruses and malicious code that allow them to mine those devices for intelligence. U.S. hackers are looking for names of ISIS members and any contacts they may have, as well as clues into ISIS planning according to the officials, who spoke to The Daily Beast on condition of anonymity.

“As President and Commander-in-Chief, my top priority, above all else, is the security of the United States and the safety of the American people,” Obama said during an address at CIA Headquarters last week. “And that means preventing terrorist attacks and, at the moment, it is focused on making sure that we are dismantling and destroying the ISIL network.

“I just met with my National Security Council as part of our regular effort to review and constantly intensify our campaign against ISIL,” he continued. “This remains a difficult fight, and a complex one, involving many countries and different communities in Syria and in Iraq.  It is a military campaign and a counterterrorism effort…”

One U.S. official told The Daily Beast, that intel lifted from hacked ISIS members’ computers was important in identifying key figures and leaders in the group. In his comments at the CIA, Obama went on to confirm that cyber operations were underway against ISIS and that the U.S. has captured or killed key Islamic State figures, Sulayman Dawud al-Bakkar, a leader of its chemical weapons program, and “Haji Iman,” the man purported to be ISIS’s second in command.

In addition, the U.S. military is utilizing cyber operations to block the Islamic State’s use of encrypted communications, so that members will be forced to resort to less secure channels where they are more easily monitored, officials said. That is in response, most likely, to the Islamic State’s effective use of encrypted text applications specifically. Officials said that made it more difficult, previously, for the intelligence community to track individual ISIS members.

Three former U.S. intelligence officials said that U.S. Cyber Command, which is responsible for conducting online attacks for the military, is able to identify when someone is using encrypted communications, then target that infrastructure to make it more difficult to use.

“Encrypted communications definitely make things more difficult,” one former officer said. “But any military adversary worth its salt is going to be using them, whether commercially available or otherwise. You take that as a given, and you just find ways to go after it.”

Obama’s confirmation comes after admissions by Defense Secretary Ash Carter and his top deputy, Robert Work, have also admitted the U.S. is using cyber weapons to target the Islamic State.

“Never have so many top officials spoken openly about cyber attacks, which historically have been guarded with the utmost secrecy because of the sensitive and often perishable techniques that are used to penetrate computers, monitor them, and sometimes control them remotely,” The DB reported.

Cyberwar.news is part of the USA Features Media network. Follow us on Google+.