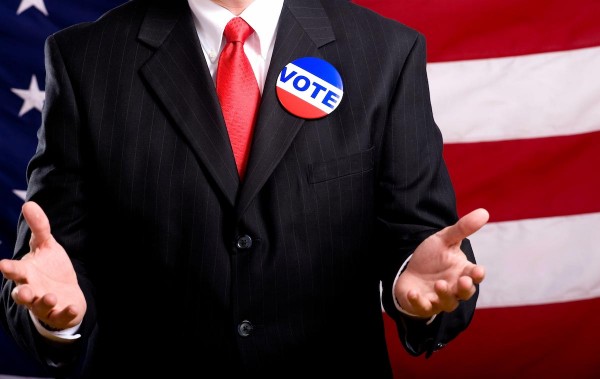 Americans have to have a photo ID to enter a federal government building, board an aircraft, purchase alcohol and cigarettes and to vote. But apparently that last requirement is too much for the Left-wing activists running the Obama Justice Department, that is, if you happen to be an illegal alien.

In recent days the department, led by Attorney General Loretta Lynch who, like Eric Holder before her, is less a top crime fighter and more of a political hack, said it was backing a lawsuit by another Left-wing hack group, the League of Women Voters of the United States, against Kansas, Georgia and Alabama for the massive injustice of requiring voters to prove they are citizens.

Citizenship, by the way, is a hard-and-fast requirement to vote in federal elections. But apparently having to prove you’re a citizen is far less important, at least to the activists in the Justice Department.

The department urged U.S. District Judge Richard Leon on Monday to issue a preliminary injunction to prevent Kansas, Alabama and Georgia from using the forms. The injunction was requested by the League of Women Voters, which is suing the U.S. Elections Assistance Commission over the forms.

The League brought the suit, alleging that the requirement to prove citizenship acts as a barrier to voter registration, particularly for poor, minority and elderly voters who may not have the required documentation.

Voter registration in every state is free for anyone who can’t afford the process, by the way. And by the way, if a “poor, minority” or “elderly” voter is too brittle or incompetent to register to vote, then they’re very likely too brittle or simple-minded to actually vote as well. The next thing you know, the Justice Department will be pushing for rules to go pull levers for these folks (and we know which party will be the recipient of those votes, don’t we?).

Let’s just say they won’t do much to help Republicans.

Not only is this entire effort not on the level, it’s absurd as well. As Politico noted:

In an unusual move, the Obama Administration is backing the issuance of a court injunction blocking a federal official’s decision to approve new voter registration forms that allow three states to insist that voters provide copies of documents proving their U.S. citizenship.

The Justice Department’s action is uncommon because the agency represents the defendants targeted in the lawsuit—the federal Election Assistance Commission and its acting executive director Brian Newby. Newby issued a directive on Jan. 29 allowing the three states in question to change the federal forms’ instructions to reference to the proof of citizenship requirement.

The EAC was established by federal law in 2002 for the express purpose of working with states, under previous voter registration statutes, to develop rules for registering voters, which is a constitutional duty for states. And now that the panel moved to approve a voter registration requirement – voter ID – that is certain to keep illegal aliens out of polling stations, the official/unofficial Democratic voter registration effort emanating from the White House has stepped in to thwart a government agency.

Wow. If only Obama worked as hard for American citizens as he does for those in our country illegally.

As for voter ID, in 2013 the U.S. Supreme Court struck down an Arizona law that required proof of citizenship during the voter registration process. But the late Justice Antonin Scalia wrote in the court’s 7-2 opinion that states could seek approval from the EAC for changes in voter registration forms, as the 2002 statute states.

A year after that a lower federal court ruled that the EAC was not required to make such changes to the federal voter registration form, and the high court declined to review that ruling, meaning it remains in force.

Obama has done all he can to diminish the rule of law, violate the constitutional parameters of his office, change the political and cultural makeup of the country, and ruin American traditions. He’ll continue this until he leaves office, and mark our words, he’ll fight to preserve his “legacy” long after he leaves D.C.

Let’s hope the next president and future congresses have the political will to tell the former president his time is over and to mind his own business.