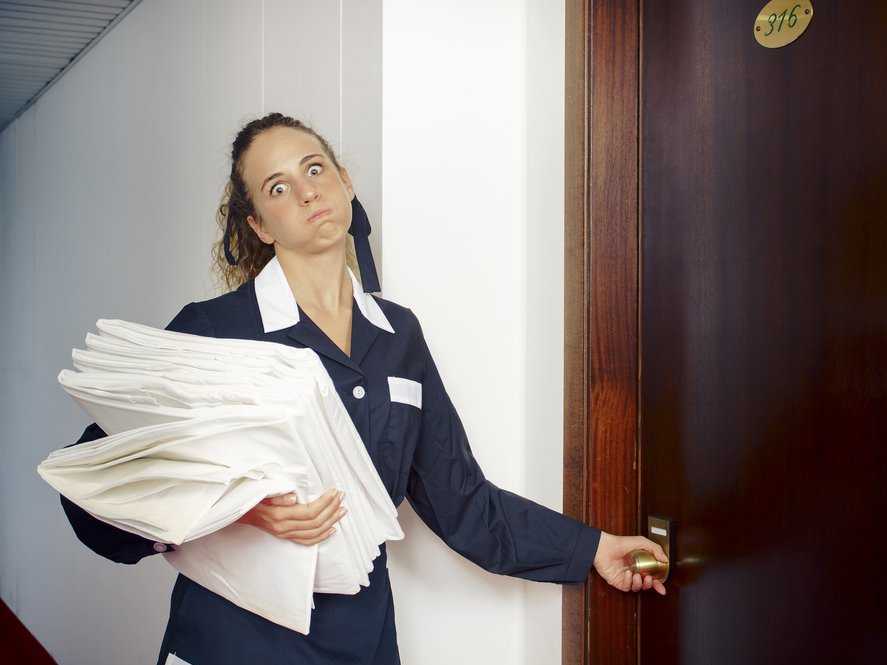 Uncle Sam sure wants to know as much about his subjects as he can these days, but this one is a stretch. Worse, it could even impact your right to keep and bear arms.

Now it seems, the Department of Homeland Security wants to know if you’re having too much protected sex.

As reported by Truth Voice, DHS officials, in a new initiative, are instructing hotel and motel staff to report an over-abundance in the use of condoms, because that is supposedly an indicator of sex trafficking. Among the “general signs” of trafficking is waste cans “containing many used condoms.”

And here we thought that condom use and hotel stays went hand-in-hand.

The U.S. Department of Homeland Security (DHS) continues to pour time and taxpayer money into convincing the American people that there’s an epidemic of sex trafficking here. So bad is this alleged epidemic that ordinary crime-control measures won’t work, hence the deparment [sic] is recruiting truck drivers and hotel workers to be its eyes and ears on the ground.

This is fear-mongering on steroids, combined with a federal agency that is far too large to begin with and which is constantly searching for something else to do in order to justify its existence and massive size.

What’s more, as Reason magazine has noted, there is no great prevalence of sex trafficking in the United States, but it’s become the new “war on drugs” nonetheless.

Once again, government making up a problem that it must “solve” in order to pry on us and remain relevant

And yet, the hue and cry from throughout the federal government would have you believe that it is one of the biggest law enforcement problems in America. If it isn’t a federal bureaucracy or a lawmaker pushing that claim, the lapdog corporate media is making the charge.

DHS, as reported by Reason, says that, globally, as many as 800,000 people are trafficked for sex and labor across international boundaries each year, but the Government Accountability Office, which researches such things, found that figure questionable.

“That’s a 71 percent decrease in just five years, though officials offered no explanation as to how they arrived at these numbers or what accounted for the drastic change. These days, federal agencies tend to stick to the vague ‘thousands’ when discussing numbers of incoming victim,” the magazine said reported on its website.

Okay, so we’ll give a little shout-out to those in the government who believe that sex trafficking is wrong (as we do) and who claim to be trying to do something about it. But any time the federal government gets its dander up about something, there are tendencies towards mission creep and overkill, and that traditionally leads to civil rights violations and constitutional overreach.

And in this case, like DHS’s “See something, say something” initiative, the condom watch pressures citizens to spy on each other and report activity to government authorities based on the whim of the reporting citizen.

“That is kind of our message, we would rather have you call anybody and report it to somebody,” Kristen – a DHS investigator using only her first name, told Denver’s NBC affiliate, “even if it turns out to be nothing, than miss one of those victims that’s suffering.”

That’s what President Obama says about his gun control measures, no matter how unconstitutional they may be. Hey, if they save one life…

Now, regarding the gun control angle, if you get reported to DHS, then you’re going to be on one of the government’s growing number of “watch lists,” no doubt – in which case, you most likely won’t know it until you try to do something otherwise legal and get flagged when a background check is done.

Think about that the next time you make plans for an all-nighter at your local motel.