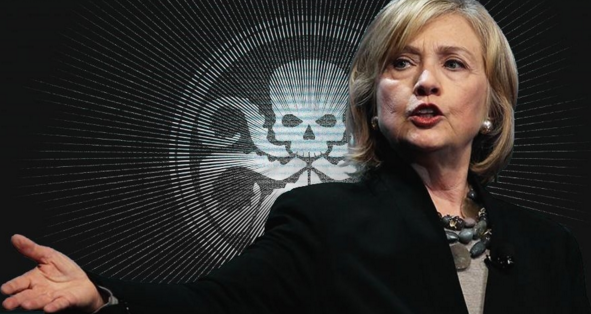 Somehow, you wonder where some of these people come up with the things that they say. Prior to the recent Democrat circus (debate), Hillary Clinton lauded a recent ruling that would allow Sandy Hook families to sue gun manufacturers (unlike her opponent Bernie Sanders). Then during the debate, she that the AR-15 semi-automatic rifle is a “combat weapon” that is “advertised to children.”

Seriously, she actually said this:

This whole concept of suing gun manufacturers was put to film in a movie called Runaway Jury, starring John Cusack, Rachel Weitz, Gene Hackman and Dustin Hoffman. The story centered on a young man and woman (Cusack and Weitz), who were doing their best to tamper with juries in various gun shooting cases in order to allow victims to sue gun manufacturers. They did this because Weitz’s sister was shot at a high school in a Columbine style shooting. Hackman is the man behind the scenes of attorneys for the gun manufacturers and Hoffman is the plaintiff attorney in the case.

The film is well done and the story line is easy to follow. The acting is superb too. However, the story draws people in emotionally. In fact, that is exactly how Cusack is able to manipulate the jury to side with the plaintiff in order to win a verdict for the plaintiff. The verdict was not based upon the law. It was based purely upon emotion.

This is exactly what Clinton, Obama and others do when they go after guns. They appeal to emotion, not law. If they appealed to law, they would have to simply keep their mouths shut as the Second Amendment is clear that government is not given any authority to infringe on the rights of the people to keep and bear arms. Additionally, government hasn’t been given authority regarding the manufacturing or selling of guns. Yet, they continually usurp authority to put their fingers in each of these areas.

While Bernie certainly is not a Second Amendment supporter, at least when it comes to suing gun manufacturers, he’s on the right side of the issue.