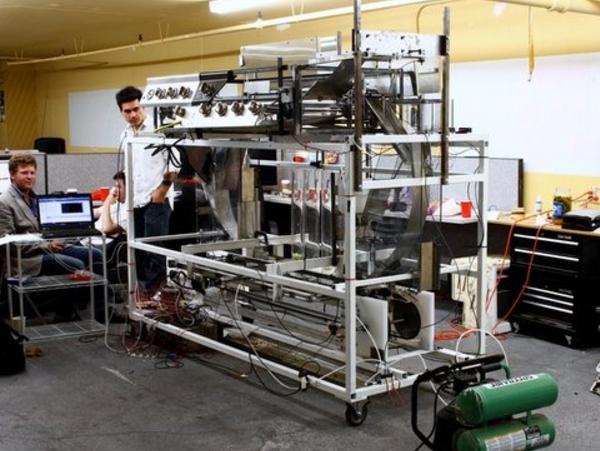 A company called Momentum Machines has built a robot that could radically change the fast-food industry and have some line cooks looking for new jobs.

The company’s robot can “slice toppings like tomatoes and pickles immediately before it places the slice onto your burger, giving you the freshest burger possible.” The robot is “more consistent, more sanitary, and can produce ~360 hamburgers per hour.” That’s one burger every 10 seconds.

The next generation of the device will offer “custom meat grinds for every single customer. Want a patty with 1/3 pork and 2/3 bison ground to order? No problem.”

Momentum Machines cofounder Alexandros Vardakostas told Xconomy his “device isn’t meant to make employees more efficient. It’s meant to completely obviate them.” Indeed, marketing copy on the company’s site reads that their automaton “does everything employees can do, except better.”

This directly raises a question that a lot of smart people have contemplated: Will robots steal our jobs? Opinion is divided of course. Here’s what Momentum Machines has to say on the topic:

The issue of machines and job displacement has been around for centuries and economists generally accept that technology like ours actually causes an increase in employment. The three factors that contribute to this are 1. the company that makes the robots must hire new employees, 2. the restaurant that uses our robots can expand their frontiers of production which requires hiring more people, and 3. the general public saves money on the reduced cost of our burgers. This saved money can then be spent on the rest of the economy.

If we are to undertake the lofty ambition of changing the nature of work by way of robots, the fast-food industry seems like a good place to start, considering its inherently repetitive tasks and minimal skill requirements. Any roboticist worth his or her salt jumps at tasks described as repetitive and easy — perfect undertakings for a robot.

Here’s a schematic of what the burger-bot looks like and how it works. It occupies 24 square feet, so it’s much smaller than most assembly-line fast-food operations. It boasts “gourmet cooking methods never before used in a fast food restaurant” and will even deposit your completed burger into a bag. It’s a veritable Gutenberg printing press for hamburgers. 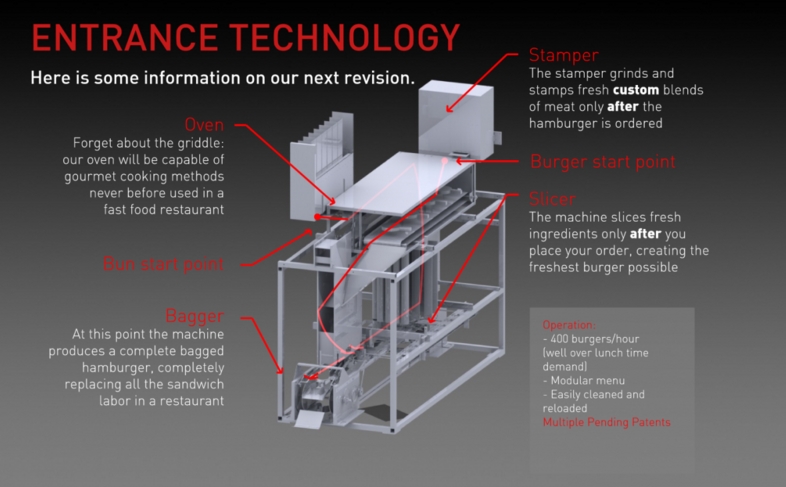 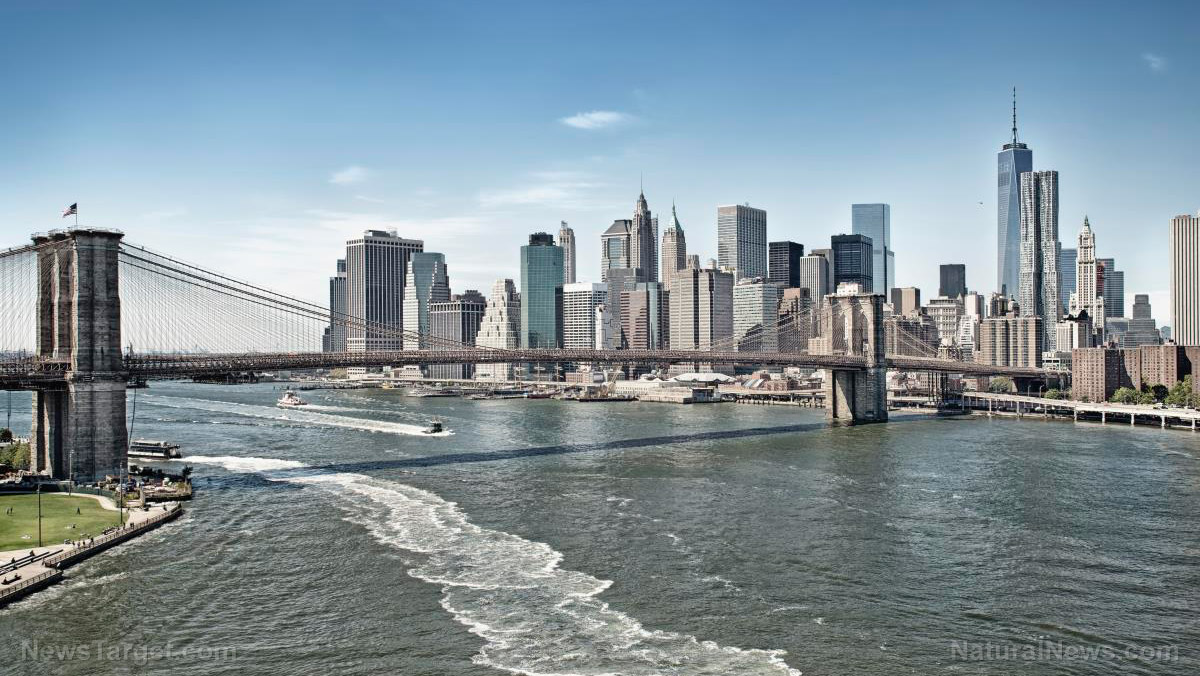