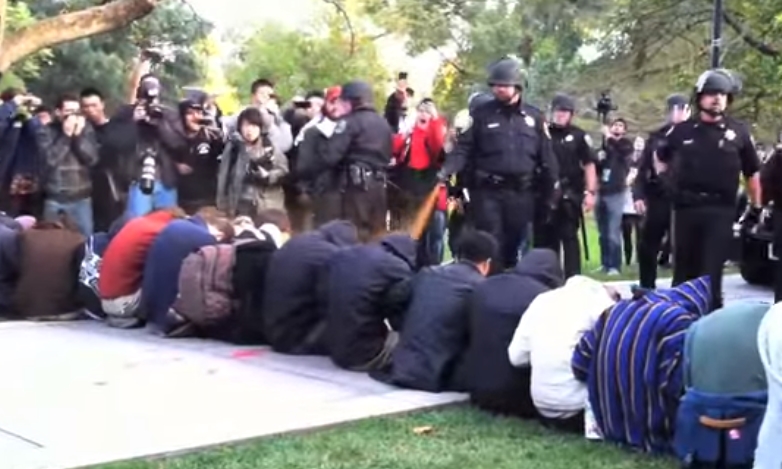 After a police officer pepper-sprayed UC Davis students in a widely reported 2011 incident, the California university contracted with SEO consultants for $175,000 (or maybe more) to scrub unfavorable online items about the incident and boost online reputations of both the university and Chancellor Linda P.B. Katehi.

The Sacramento Bee reported on the SEO scandal, and based their story on documents newly released in response to requests filed last month under the California Public Records Act.

In January 2013, UC Davis contracted a Maryland firm, Nevins & Associates, for a six-month contract that paid $15,000 a month. Nevins was the first of many “reputation management firms” paid off by the university administrators. And that payment was just the start.

“The payments were made as the university was trying to boost its image online and were among several contracts issued following the pepper spray incident. Some payments were made in hopes of improving the results computer users obtained when searching for information about the university or Katehi, results that one consultant labeled “venomous rhetoric about UC Davis and the chancellor.”

“We have worked to ensure that the reputation of the university, which the chancellor leads, is fairly portrayed,” said UC Davis spokeswoman Dana Topousis. “We wanted to promote and advance the important teaching, research and public service done by our students, faculty and staff, which is the core mission of our university.”

Money to pay the consultants came from the communications department budget, Topousis said.” 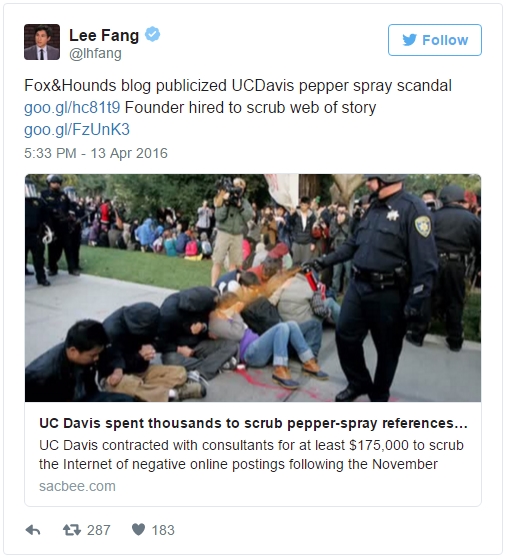