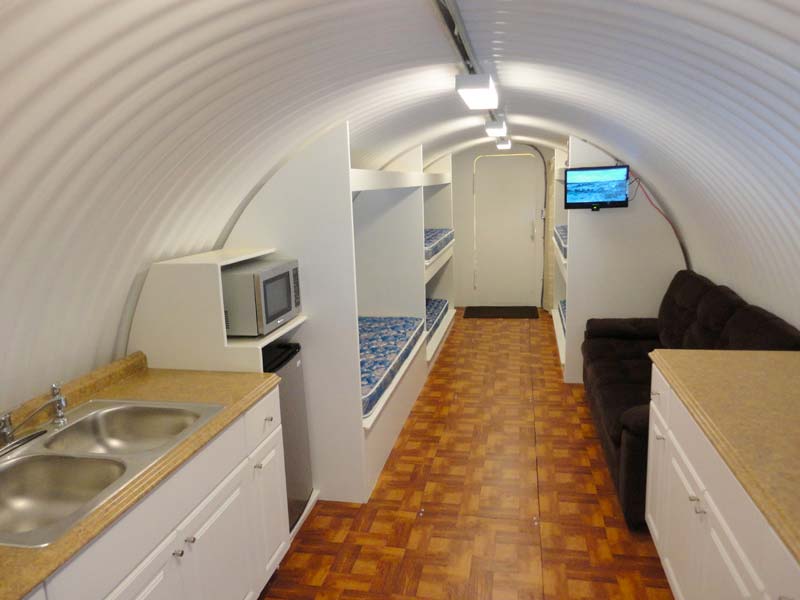 (Bugout.news) There have been some reports over the past year or so detailing how the world’s rich are getting increasingly concerned about what they sense is a rising tide of unrest, especially in the debt-ridden, socially unstable West.

Whether it’s due to terrorism and a massive influx of anti-West migrants in Europe or race relations, rising debt and decreasing economic opportunity in the United States, these global elite sense massive unrest is coming and they plan to sequester themselves from the worst of it.

This is more than just hype or an attempt to generate clickbait online. As reported by InfoWars.com, there is tangible evidence of this mounting unease, and it can be found a the dramatic increase in demand for underground luxury bunkers built by a company called Vivos.

The company notes that its underground structures are for the “protection of high net worth individuals” in the event of an apocalyptic-style scenario in which “millions will perish or worse yet, struggle to survive as victims.”

The largest facility, called Europa One, is located in Germany and is “one of the most fortified and massive underground survival shelters on Earth, deep below a limestone mountain” and is “safely secured from the general public, behind sealed and secured walls, gates and blast doors,” says InfoWars.

In addition, journalist Lynn Parramore reported that she visited another facility in the state of Indiana, which is a former Cold War communications facility.

“Built during the Cold War to withstand a 20 megaton blast, within just a few miles, this impervious underground complex accommodates up to 80 people, for a minimum of one year of fully autonomous survival, without needing to return to the surface,” says a promo for the bunker on the Vivos website.

“You go underground and it feels like you’re in a very nice hotel,” said Parramore.

“This is for wealthy people who are concerned about various disaster scenarios, but a common theme among them is a fear of civil unrest, a fear of an uprising from the 99%,” she added.

Pricing for the units in underground shelters vary greatly – they start at around $35,000 but the largest ones cost upwards of $3 million – but all contain a year’s supply of food and water.

“There is no assurance that our race will continue, therefore it is our responsibility to do everything we can to survive,” warns the Vivos website, which also invites elitists to contact them for further information that only on a “need-to-know” basis.

This latest report comes on the heels of previous stories noting that the rich are fleeing big cities like Chicago in record numbers over rising fears of civil unrest.

“About 3,000 individuals with net assets of $1 million or more,” left Chicago in just the last year alone according to the Chicago Tribune.

Also, in Europe, cities like Paris and Rome are also seeing a mass exodus of millionaires, while wealthy elites are installing panic rooms in their big city apartments due to fears over potential civil unrest and skyrocketing crime.

Meanwhile, land and remote dwellings in far-away countries like New Zealand are also becoming more popular with the global 1%. Again, realtors for these properties cite the threat of worldwide financial instability and domestic disorder as motivating factors behind the purchases, Infowars reported.

Bugout.news is part of the USA Features Media network. Follow us on Google+.