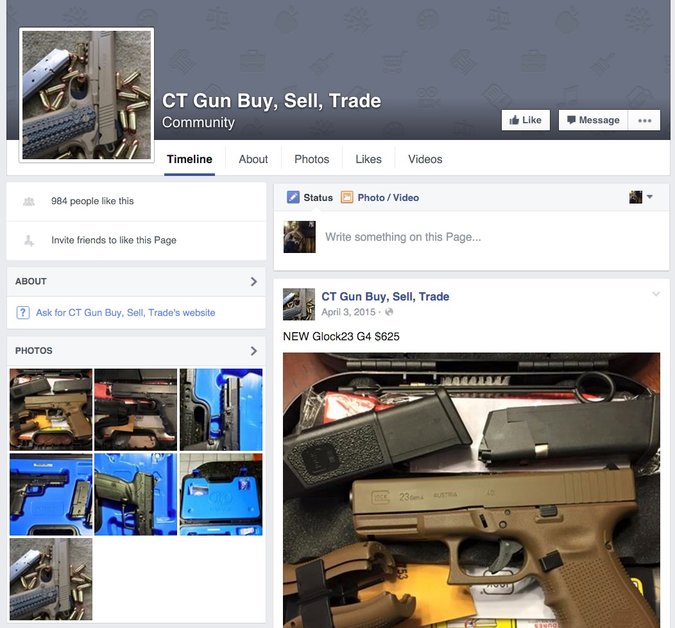 There isn’t anything President Obama would not do to make it more difficult for Americans to exercise their Second Amendment rights, including forcing the world’s biggest social media company to ban the sale of privately owned firearms.

As reported by the Washington Examiner, the White House recently refused to say whether social media giant Facebook’s recent decision to ban the sale of privately held firearms on its pages, to include guns, parts and ammunition was due to outsized pressure from the Obama regime.

“We talked about how the Internet is a loophole” for people wanting to buy guns without undergoing background checks, he continued. It’s a “common-sense effort to prevent guns from easily falling into the hands of criminals or other individuals who shouldn’t be allowed to access guns.”

In trying to be too clever by half, though, Earnest also didn’t say that the administration has met recently with social media and technology firms to find ways of closing the so-called “Internet loophole” on sales of guns. However, he “could not say” if Facebook’s decision came as a result of “any specific request” from anyone in the Obama administration.

Which means, of course, that it likely did.

It’s no secret Obama has been an enemy of gun owners since before he even took office, complaining on the campaign trail in Pennsylvania in 2008 that small-town voters across the country “get bitter” and “cling to guns and religion.”

And of course with each mass shooting – which, by the way, have increased on his watch – Obama takes to the stage, wherever he can find the cameras (which are generally not far away, since the Old Media also hates guns), to chastise law-abiding Americans who didn’t kill anyone and who use their constitutionally-protected firearms for self-defense for failing to side with him that there ought to be more gun restrictions and fewer weapons in private hands.

It was this president and his former attorney general, Eric Holder, mind you, who wanted to use the Fast and Furious gun walking operation – in which the ATF enticed American gun owners to sell military-style firearms to Mexican drug cartels – to push for more strict gun control, very early on in Obama’s administration.

As noted by Sharyl Attkisson, formerly of CBS News:

Documents obtained by CBS News show that the Bureau of Alcohol Tobacco, Firearms and Explosives (ATF) discussed using their covert operation “Fast and Furious” to argue for controversial new rules about gun sales.

ATF officials didn’t intend to publicly disclose their own role in letting Mexican cartels obtain the weapons, but emails show they discussed using the sales, including sales encouraged by ATF, to justify a new gun regulation called “Demand Letter 3”. That would require some U.S. gun shops to report the sale of multiple rifles or “long guns.” Demand Letter 3 was so named because it would be the third ATF program demanding gun dealers report tracing information.

Following one recent shooting, Obama blatantly admitted that he not only politicized them – in essence trying to make political hay out of the lives of the dead – but that such shootings should be politicized and that he should be the first one to do it.

“This is a political choice that we make, to allow this to happen every few months in America,” Obama said following a shooting on an Oregon community college campus in October. “We collectively are answerable to those families who lose their loved ones because of our inaction.”

Such shootings are “something we should politicize,” he added.

It has become obvious that Obama’s use of the Constitution is a matter of convenience – when it suits his political goals and objectives.