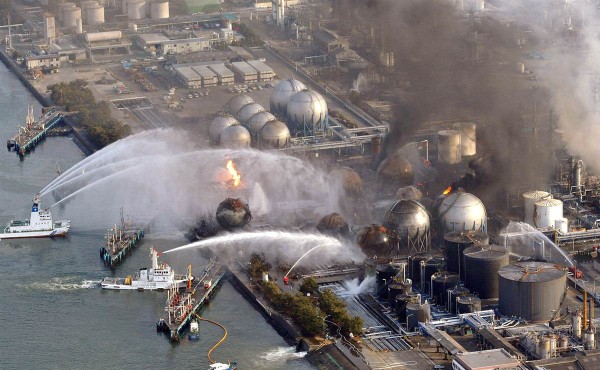 March 11th marked the fifth year anniversary of the Fukushima disaster, and authorities are just now beginning to pick up the pieces of the decimated power plant. Nevertheless, the Japanese government has continued to undermine the severity of the disaster and the mainstream media has been practically silent in its coverage of the unfolding debacle.

In March 2011, an earthquake launched a tsunami off the coast of Japan, which crippled three nuclear reactors at the Fukushima Daiichi power plant. Approximately $21 billion has been spent on decommissioning the power plant, including a network of robots designed to locate the missing nuclear fuel where radiation levels are still too high for human investigation.

Unfortunately, at least five of these robots were lost upon being sent into the abyss and officials have yet to locate the missing nuclear fuel. Conservative estimates suggest it will take 30 years to clean up the power plant; and that’s assuming another earthquake doesn’t sandblast the area.

The Japanese government wants residents to believe “nothing happened” at the Fukushima power plant, according to documentary director Jeffrey Jousan in an interview with RT.

“The government prints the number of people who died as a result of the 2011 disaster in the newspapers every day. [In some other prefectures], the [death toll] amounts to 300-400 people in each prefecture, but in Fukushima it is over 8,000 people,” he said.

“It is very telling about the situation in Fukushima. It is hard for everyone who is affected by the tsunami, who lost their homes and lost their families. But [in Fukushima], people are not able to go back home, they are unable to work because people won’t buy food from Fukushima, farmers cannot farm anymore. It is affecting people, and more people are dying because of that,” he added.

Breaking the disaster down

Given the magnitude, distribution and duration of the catastrophe, it’s difficult to gauge the severity of the disaster on a mass scale. In an effort to better understand the impact the meltdown has had on people and the environment, the Fukushima prefectural government, Japan Ministry of Internal Affairs, the Tokyo Electric Power Co., the Nuclear Regulation Authority, the Federation of Electric Power Companies and the Woods Hole Oceanographic Institution released a batch of statistics associated with the disaster. The results, published by Activist Post, are sobering:

164,865: Fukushima residents who fled their homes after the disaster.

49: Municipalities in Fukushima that have completed decontamination work.

30: Percent of electricity generated by nuclear power before the disaster.

1.7: Percent of electricity generated by nuclear power after the disaster.

54: Reactors with safety permits before the disaster.

30: Percent who supported restarts. The remaining 17 percent were undecided.

1,000: Tanks at the plant storing radioactive water after treatment.

200: Becquerels of radioactive cesium per cubic meter (264 gallons) in seawater immediately off the plant in 2015.

50 million: Becquerels of cesium per cubic meter in the same water in 2011.

7,400: Maximum number of becquerels of cesium per cubic meter allowed in drinking water by the U.S. Environmental Protection Agency.

In February, three former utility executives from the Tokyo Electric Power Company (TEPCO), which is responsible for the Fukushima power plant, were charged with negligence. The prosecutors claim TEPCO was aware that a tsunami larger than the power plant was designed to withstand could strike the Prefecture, but ignored the risk to save money. By contrast, TEPCO claims the likelihood of a such a tsunami occurring was, “outside the realm of realistic possibilities.”