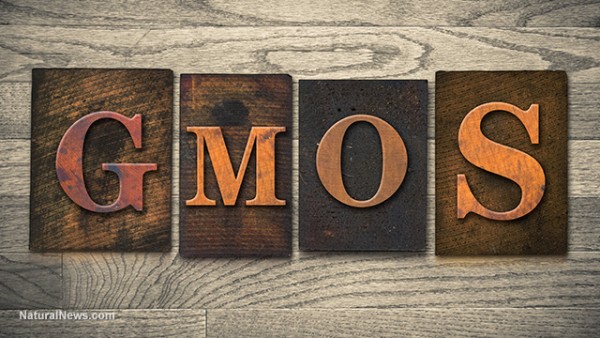 It wasn’t long ago that Americans had absolutely no clue about the definition of a “GMO;” in fact, most people had never even heard of the term, but those times are long gone and there’s no turning back. Today, not only have the large majority of people heard the word “GMO,” but they possess a fairly good understanding of what it means when a food has been genetically modified.

Fortunately, that understanding is associated with the negative connotation (that’s deservingly) attached to GMOs, i.e. organisms containing DNA from an entirely separate species. The majority of GMOs are engineered to withstand excessive applications of the widely used herbicide called Roundup, while other crops are altered to be toxic to plant-eating insects.

The safety of consuming GMOs for the long-term has not yet been proven. There is evidence to the contrary however, as the lab-altered crops have been linked to toxicity, cancer, immunosuppression, antibiotic resistance, loss of nutrition, and food allergies, according the Center for Food Safety.

GMOs are also unsustainable (due to excessive chemical use) and are extremely harmful to the environment including plants and animals, as well as humans. As a result, nations around the world have moved to restrict or completely ban GM agriculture, with Russia being the largest country to do so.

Last summer, Deputy Prime Minister Arkady Dvorkovich announced that Russia will not be growing or importing GMOs, and instead, will focus on cultivating organic food in an effort to “preserve the quality and integrity of the its food supply,” reported Natural News.

“Moscow has no reason to encourage the production of genetically modified products or import them into the country,” said Russian Prime Minister Dmitry Medvedev. “If the Americans like to eat GMO products, let them eat it then. We don’t need to do that; we have enough space and opportunities to produce organic foods.”

The announcement, as well the awareness it helped generate, is revolutionary. The hope is that in time, the United States will follow suit; however, that accomplishment is unlikely to be achieved sans an exhausting, drawn-out battle – which is why reliable information about which foods to eat and which to avoid is key.

The Food Revolution Summit provides exactly that. Available free online April 30 – May 8 for those who register, the summit offers expert advice from dozens of professionals with a variety of backgrounds including medical doctors, attorneys, health food analysts, authors, food activists, gardeners, and many more.

At the 2016 Food Revolution Summit, registrants will learn how to protect their family from toxic food, preserve the planet, grow healthy food and communities, anti-aging tips, weight loss, and how to fight cancer through nutrition.

“Our world is in desperate need of a food revolution. Pesticides, hormones, antibiotics, GMOs, and untested chemicals are spreading like a virus through our food supply. The health of your family and friends, as well as our planet, is at risk, according to the summit!

If you like to purchase locally grown food, believe farmers and animals deserve a decent quality of life, or want to influence the people you love, the Food Revolution Summit is for you.

Featured among the long list of professionals at this year’s summit is Vani Hari, aka the Food Babe. Author of The Food Babe Way, Hari has influenced several restaurant chains to clean up their ingredient lists including Subway, Chipotle, Starbucks, Panera Bread, and Chic-fil-A.

“Vani teaches people how to make the right purchasing decisions at the grocery store, how to live an organic lifestyle, how to travel healthfully around the world. She’ll show you how to stand up to the food industry and take charge of your and your family’s health.”