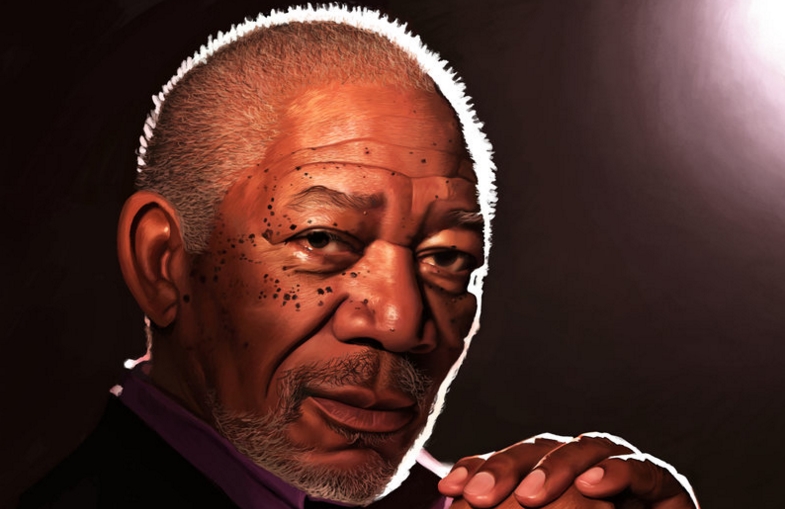 Actor Morgan Freeman unleashed a virtual faceoff between Israelis and Palestinians and their supporters Tuesday after posting to Facebook a photo of himself in Jerusalem, a photo that he later set as his profile photo.

Palestinian supporters took issue with the photo’s designation as having been taken in “Jerusalem, Israel.” At the same time, pro-Israel commenters celebrated the recognition of Israel’s capital as Jerusalem, contrary to the media and State Department, which usually refer to the city simply as “Jerusalem” with no country designation.

The location of the photo was designated as “Jerusalem, Israel.” (Image via Facebook/MorganFreeman)

Freeman captioned his photo “Jerusalem #StoryOfGod” in reference to his television series for which he traveled around the world.

On the one side of the Facebook fight: supporters of Israel, including the cousin of a controversial Muslim Israeli Knesset member who regularly attacks Israel.

“Welcome to the eternal capital of the State of Israel!” Mohammed Zoabi of Nazareth, who has faced threats from fellow Muslims over his pro-Israel stance, wrote. 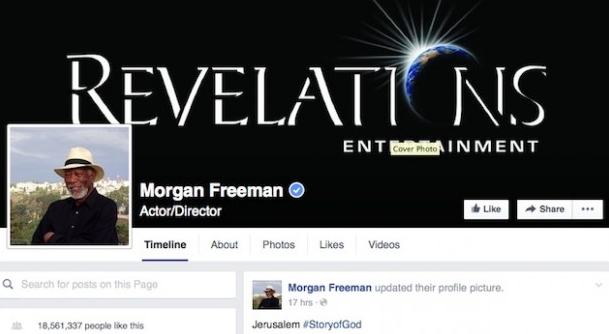 Freeman placed the Jerusalem picture as his profile photo on Facebook. (Image via Facebook/MorganFreeman)

Michael Dickson, Israel office director for the pro-Israel organization StandWithUs, wrote, “Wonderful photo in Jerusalem, which as everyone knows has been the Jewish capital for over 3,000 years.”

“There’s only one Jewish country in the world, Israel, our ancient homeland. It’s also the free-est country in the Middle East so for both those reasons we get some hate. It’s a tough neighborhood. But we tough it out, live our lives freely and try and be a beacon for our neighbors, whose regimes are a little behind the times,” he added.

On the other side were Palestinians and their supporters who took issue with “Jerusalem, Israel.”

Ahmad Abuznaid wrote, “There is no Israel state before 1948.. It is the Palestinian capital and an occupied city according to the United Nations.”

Mohammed Ghaleb Klabi wrote, “I allways respect you mister morgan ! But i think i become hating you now !! This city is palestennian !! Every body knows her story and how it becomes israelian ! In our hearts and souls this city will come back to th le write people. ( palestine and muslim) and thank you very much for showin me who really you are !”

Ahmad Hmarsheh said, “It is called occupied Palestine, maybe it is not your fault that google maps write it Israel but you are a well educated man and should know that Jerosalim belongs to the Palestinians. So please respect that and I promise I will keep respecting you.”

Dickson of the pro-Israel group StandWithUS summed up the virtual fight best, writing, “Jerusalem, in Hebrew, means city of Peace: some of the commentators here ought to learn from that. Shalom and Peace. And thank you for visiting, Mr. Freeman.”

At the end of March, Belgian actor and martial arts star Jean-Claude Van Damme edited a Facebook status after facing flack himself from pro-Palestinian followers because he had greeted his fans “Shalom from Jerusalem, Israel.”

A rabbi with whom Van Damme met said the actor visited the Holy Land in search of spiritual guidance following the deadly terrorist attack that struck his hometown of Brussels.