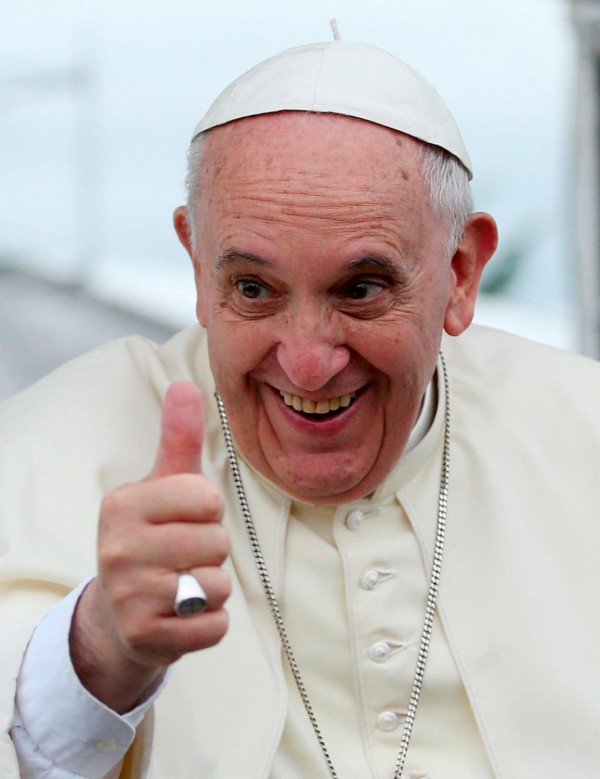 Pope Francis has been one of the most controversial pontiffs in recent history, especially when it comes to his more conservative Catholic adherents in the U.S. and abroad. But what is also turning heads is his willingness – even enthusiasm – for wading into political debates.

Being the head of a church with more than one billion earthly members is enough of a job itself, you would think, without the distraction of geopolitics, but this Holy See seems to relish it. However, at the same time he is alienating some of his faithful followers in a way a pontiff has not done in decades.

In recent days Francis, in a speech recently delivered to a French Christian group, referred to an “Arab invasion” besieging Europe, but added that the continent has actually benefited by the current and by past influxes of humanity.

Perhaps dredging up some bad historical members, the pontiff also pointed out that Europe has been invaded – as in, overrun – many times throughout history.

Europe has been facing huge waves of migrants and asylum seekers, many of them from Syria and Iraq. While the seemingly endless streams of people have led to tension among the 28 nations of the European Union, some political leaders have said the newcomers should be seen as a new resource.”

“Today we can talk about an Arab invasion,” the Roman Catholic leader said. “It is a social fact.”

L’Osservatore Romano reported further that the pope was quick to note that Europe has always been able to “go forward and find itself enhanced by the exchange among cultures,” after saying that Europe is the “only continent that can bring about a certain unity to the world.”

So in other words, what the pontiff appears to be saying is that 1) Europe is definitely being invaded again, albeit under different circumstances; and 2) Europeans should just accept it as a “social fact” and be as welcoming as possible because, you know, they always have been.

Only, being accommodating is getting more difficult for many Europeans, especially after crime waves and sexual assault cases related to migrants have risen dramatically over the past year.

In Sweden, one of the most open and welcoming of European countries when it comes to Middle East migrants, almost half of Swedish women say they are afraid to be out after dark in “Europe’s Rape Capital,” Breitbart London reports.

“Almost every Swedish woman feels very or somewhat unsafe when they exercise alone in the dark”, finds new research by the Aftonbladet newspaper in the wake of the migrant rape crisis.

A wide-ranging study of the attitudes of women regarding being out in the event on their own revealed that many are simply too afraid to do it. One of the women interviewed, Ellinor Andersson, 34, said she carried a number of keys in her hands at night, ready to strike out at any would-be attacker.

Her sentiments, it seems, are the norm, not the exception, the paper found.

“I would never go running by myself on a Friday or a Saturday night,” another woman told the paper. Still another said she would not be out alone after seven in the evening.

The survey finds that now 46 per cent of women aged 16 or over felt either very or somewhat unsafe when they are alone in the dark, compared to just 20 per cent for men. Even during the daytime many are uncomfortable, the results also show 43 per cent felt insecure while in a city on their own, and around a third were ‘afraid’ of Swedish cities.”

In his comments to the French Christian group, the pontiff did not address any of these issues.