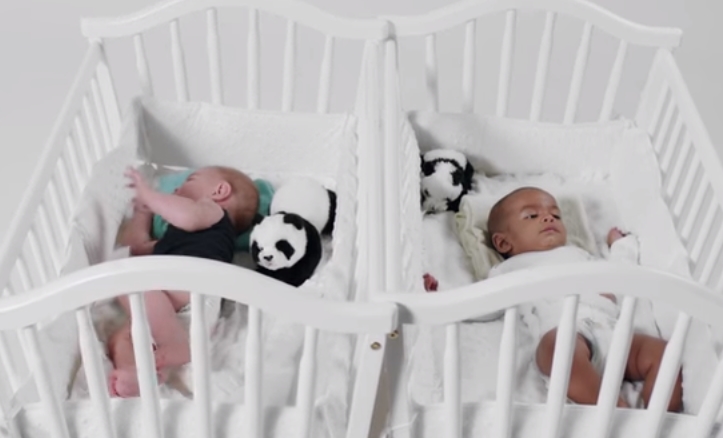 More and more we are seeing the issue of race being used as the driving force to bring America to her knees. Anti-white racism is being taught in our universities and groups like Black Lives Matter continue their radical protests as they deliberately agitate and disrupt Donald Trump rallies across the nation.  In an attempt to cause direct confrontation, Black Lives Matter protestors have also started stomping on, and desecrating American flags. It is no secret that these people are being used as literal “useful idiots” in order to cause chaos. George Soros has long been known to be the source of funding behind these movements, and he has made it perfectly clear that undermining America is the culmination of his life’s work.

What many on the left fail to realize is that they are simply being used to reach a desired end, and that end is total power. Many people willingly participate in these types of events because they either believe in the cause, which in many cases may be false, or, they believe that they will be given a seat of power in the new government. This is also false; all throughout history communist regimes have routinely targeted their own after using them to obtain power. This was done to set an example and ensure that the undermining of government power will cease. That’s the thing about those on the left, they believe in the causes being fed to them to the point where they are willing to participate in violence, burn down cities and disrupt everyday life for the rest of us, yet they never stop to think about the extent to which they are being used. The powers that be know full well that there is a danger their deception will be realized; therefore, it is essential that those willing to act out in violence be put down first. Black Lives Matter would do well to realize that the people putting them up to their protests are the same people responsible for the Klu Klux Klan, segregation and the dismal state of poverty many of them live in today. Those people are The Democrat Party.

What America is experiencing now is a process known as “Ideological Subversion” and it is a form of psychological warfare much like the art of psychopolitics. In fact, Ideological Subversion could be said to be a direct application of psychopolitics with the goal being the undermining of American values and traditions.  Yuri Bezmenov, former KGB agent, describes Ideological Subversion as a process of confusing the population to the point that they have no idea where to stand on any issue, despite the abundance of information. The idea was to cause so much confusion that the truth of what is right or wrong can no longer be easily identified, and if people can’t stand for what is right they can hardly stand in defense of their nation. It could also be thought of as a process of psychological disarmament.

Ideological Subversion-[An] overt…slow process…[to] change the perception of reality of every American to such an extent that despite the abundance of information, no one is able to come to sensible conclusions in the interest of defending themselves, their families, their community and their country. (American Thinker)

The issue of racism and groups like Black Lives Matter are playing an integral role in subverting the traditional, ideological framework that has supported American values since her founding. Racism is being used to demoralize the nation and dehumanize the white man. Academic non-sense like Critical Race Theory or Black Liberation theology teach us that the white man has no reverence for any race other than his own, and that it is impossible for any other race to be “racist” because the white man has denied them of any and all institutional power.  White Privilege education seeks to put the white man in his place by teaching that whites have an unearned privilege in society because the institutions are made to support his way of life and his way only. Proponents of theories like CRT, or Black Liberation Theology suggest that the belief that black people can successfully integrate and become a part of white society is in and of itself racist. This is all nonsensical; however, it is doing exactly what it was intended to do, cause chaos and confusion while also undermining the morality of the nation.

One of the stages of the Ideological Subversion process is known as demoralization.  Demoralization, according to Andie Brownlow of American Thinker, is a process that generally takes a generation to complete. The goals are to undermine education, destroy religion, centralize power around unelected bureaucrats and generally expose the population to the ideology of the enemy. In my article Psychology Has Brought Communism to America I highlighted some statements from the Soviet Manual on Psychopolitics that show to what extent the ideology of Marxism is actually entrenched in our nation’s textbooks.

“In the United States we have been able to alter the works of William James, and others, into a more acceptable pattern, and to place the tenants of Karl Marx, Pavlov, Lamarck, and the Data of Dialectical Materialism into the textbooks of psychology, to such a degree that anyone thoroughly studying psychology becomes at once a candidate to accept the reasonableness of communism.” (Beria, pp. 53)

Another stage of the demoralization process that bears the most relevance here is the idea of warping the traditional sense of law and order, or turning the criminals into the victims and justifying their actions.

Warp law, order and morality. Demonize the police and those upholding the law. Make the bad guy look like a victim of society; justify his actions. (American Thinker)

We are seeing this on all levels of society. The actions of criminals are being justified out of a misguided perception that they are somehow victims of society, or unable to control their impulses due to some provocation. Excuses are often made for rapists because of the way women dress. In fact, in Europe women were recently told to watch the way they dress in order to not provoke the Muslim immigrants into raping them.  As far as Black Live Matter is concerned, the false perception of institutionalized racism has been pushed to the point where violence against the police is justified as is their seething hatred of America. We have reached a point where anything they do will be portrayed as a reaction to decades of systematic oppression. The halls of academia are lined with fallacious research which backs the biases of the anti-American left and the media continually reinforce the idea that police are racist. In fact, in an effort to keep her appeal to black voters, Hillary Clinton recently hinted that police should be re-trained in order to address the inherent racism in police stations across the country.  All of this has contributed to America’s inability to take a stand and fight back against the continued encroachment of our liberty, as was the intent. We have been morally broken because a radically misrepresented version of our past has been thrust upon us in an effort to make America appear selfish, racist, imperialistic and uncompassionate. The only way this can be reversed at this point is by undermining the ideology that has taken hold in this country. That would include years of serious academic inquiry into the real history of our nation concerning the Democrat Party and racism. It would include the infiltration of institutions long held by the left and understanding that it would it take at least a generation to see any progress. This is the way the left has achieved their success in destroying the nation, one step at a time over several decades of steady moral decay. That however, is for another article.