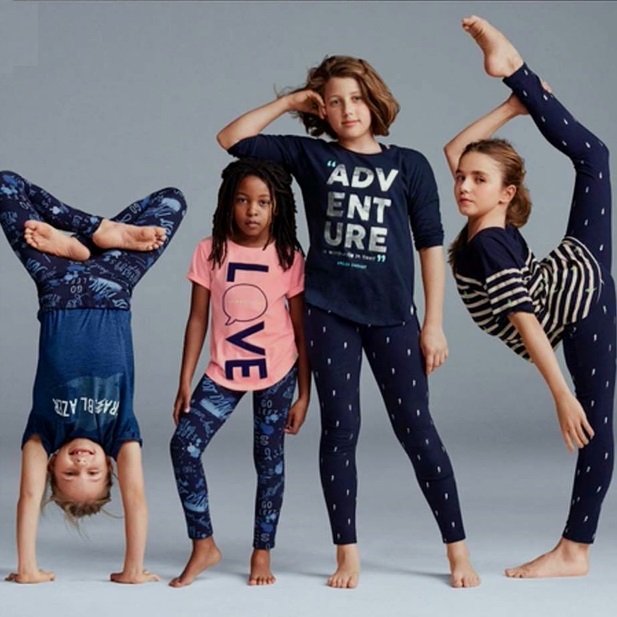 Four young girls in a humanitarian cirque troupe are currently the new faces of Gap’s lifestyle brand, but the image used to advertise their troupe is more than a little worrisome.

(Article by theGrio, republished from //thegrio.com/2016/04/05/are-charges-of-racism-in-the-new-gap-ad-valid-or-over-blown/)

The group, which consists of Ava, 8; Lucy, 8; Fanny, 12; and Angelina, 12, is known collectively as Le Petit Cirque, “the only all-kid humanitarian cirque troup in the world.” They were introduced to Gap’s lifestyle brand ad with a tweet that read: “Meet the kids who are proving that girls can do anything.”

However, the problem arises with the image showing three white girls and one black girl when the only black girl in the group appears to be used as a prop for one of the white girls, who is leaning on her head to support her arm. The obvious height difference between the two is only accentuated by the fact that one fits neatly under the arm of the other. 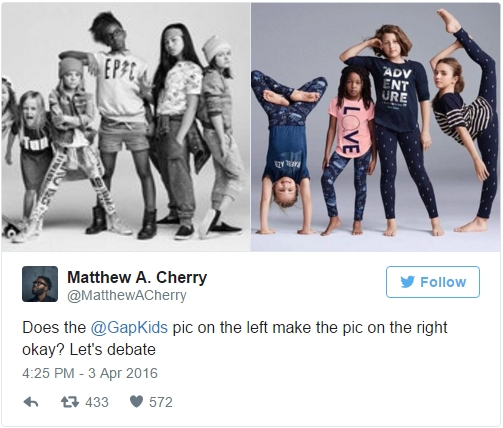 When the image began to circulate, there was an immediate outcry as people criticized the ad for using a black body as a prop for a white body and therefore contributing to the dehumanization of black girls even at a very young age.

What do you think, Grio fam? Is the ad really racist, or are the concerns about the way these girls are posed overblown?