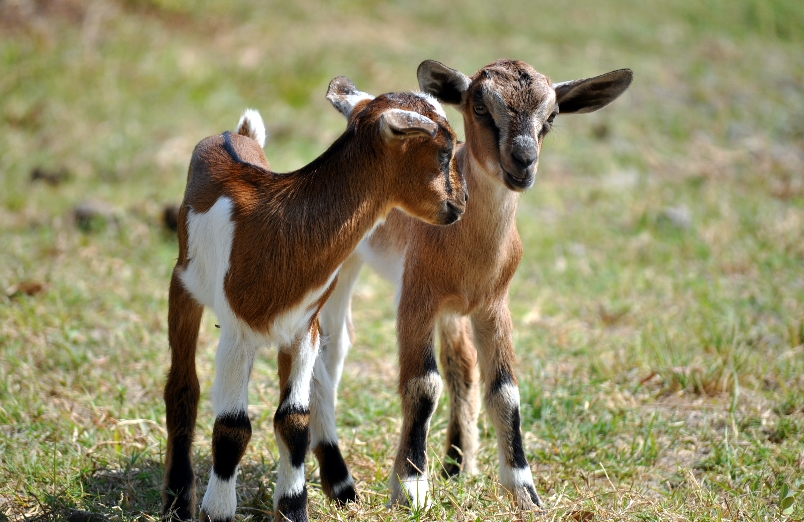 (Homesteading.news) When it comes to producing milk most people immediately think of a dairy cow, and while raw milk from this source is certainly nutritious, dairy cows require considerable space and consume quite a bit of feed.

Fortunately there is a viable option to the dairy cow: Goats, whose milk is equally nutritious and which require far less land to raise.

Most Americans, however, do not consume raw milk from dairy cows. Most get their milk from the store – and from cows that are given growth hormones, antibiotics, GMO feed, vaccinations and are exposed to toxic conditions. These are major reasons why many who consume store-bought dairy experience gas, inflammation and other forms of indigestion.

“Goat’s milk is a much healthier alternative, especially when it is raw and organic,” notes Dr. Edward Group DC, NP, DACBN, DCBCN, DABFM. “Goats produce about 2 percent of the global milk supply and it is interesting that most of the populations of people who consume” goat’s milk “cite a lower incidence of allergies and digestive complaints.”

Plus, as noted above, goat’s milk offers a wide variety of health benefits, with few of the side effects of drinking pasteurized milk from an over-medicated dairy cow:

— Reduced inflammation: There is research suggesting that a primary benefit of goat milk is that it may reduce inflammation, making it another reason why it is much easier for people with inflammation problems to drink it instead of cow’s milk.

— Environmentally friendly: Goats do not require nearly as much space – or as much food – to raise as cows. Normally you can raise about six goats in the same space it takes to raise two cows.

— Metabolism: Researchers at the U.S. Department of Agriculture and Prairie View A & M University have tied goat’s milk to an increased ability to metabolize iron and copper, which is helpful for individuals who suffer with digestion and absorption problems.

— Bio-availability: Another benefit is that goat’s milk is closer to milk produced by human females who breast-feed. Because it has a similar chemical make-up to human’s milk, it is easier to digest and assimilate into the body.

— Higher fatty acid content: While cow’s milk has an average of about 17 percent fatty acids, goat’s milk is about double that, making it much more nutritionally valuable and wholesome. In fact, says Dr. Group, as many as 50 percent of people with lactose intolerance to cow’s milk find they can much more easily digest goat’s milk, especially if it’s raw.

— Calcium boost: A lot of people think they need to drink cow’s milk in order to receive the amount of calcium they need for healthier bones and skin, but in reality goat’s milk offers high amounts of calcium too, as well as the amino acid tryptophan, and far fewer side effects than drinking cow’s milk.

— Less toxicity: Goat’s milk is not pumped full of bovine growth hormones and another substance known as bovine somatotropin, a hormone that is specific for increasing milk production in an unnatural way – but cow’s milk is.

— Immune system: Goat’s milk contains the trace mineral, selenium, which is a key essential mineral in keeping the immune system strong and functional.